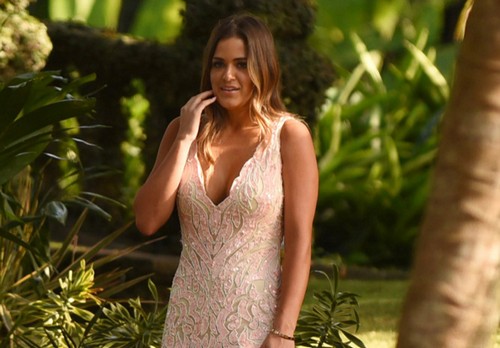 The Bachelorette 2016 spoilers tease that JoJo Fletcher may have rejected every bachelor and there is no Bachelorette Season 12 winner. There is speculation that JoJo has been dating ex-boyfriend Chad Rockstool since filming ended.

The Bachelorette Season 12 begins on Monday, May 23, and JoJo Fletcher was on hand for a conference call Friday, May 20, to talk about several things. JoJo addressed the buzz that she is dating Chad Rockstool again.

According to E! the woman who lost Bachelor 2016 Ben Higgins’ heart to Lauren Bushnell has no contact with Chad Rockstool whatsoever. JoJo was very clear on the subject – JoJo is not interested in revisiting the past with Chad. That relationship is over and she is not ever going to think about Chad Rockstool ever again.

Did JoJo expect to be chosen as the next Bachelorette after Ben Higgins broke her heart and chose Lauren Bushnell instead? The producers of the reality dating show contacted JoJo about a month after Ben dumped her in Jamaica and asked if JoJo would agree to be the Bachelorette for season 12.

What did JoJo have to say about being asked? “It was not on my radar. It never crossed my mind. It was not something I was thinking about going into last season. I was definitely shocked.”

JoJo Fletcher is contractually obligated to remain quiet about whether or not she is dating and/or engaged to one of the bachelor’s from The Bachelorette 2016. There’s already talk that Jordan Rodgers, brother of Green Packers quarterback Aaron Rodgers, is the winner.

The Bachelorette 2016 JoJo revealed during the Friday, May 20 conference call, “I will say that the way that everything played out and how it ended, I am happy right now, and I’m pleased with how the season went down.”

Did JoJo Fletcher accept a marriage proposal from one of the 26 bachelors chosen for Bachelorette 2016? Or did JoJo reject the final two guys who got down on bended knee and asked for her hand in marriage? Come back to CDL for all The Bachelorette news and spoilers!