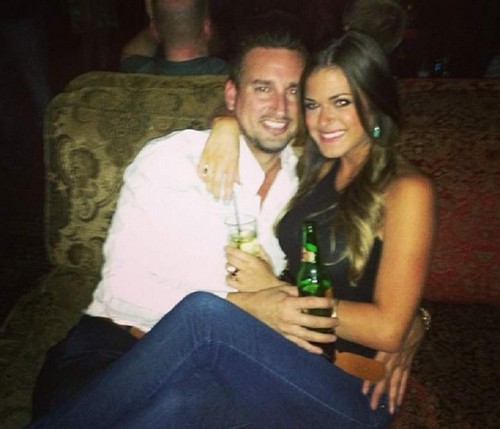 The 2016 Bachelorette Jojo Fletcher might not be as interested in finding love as she has led viewers to believe. Jojo’s ex-boyfriend Chad Rookstool is singing like a canary to In Touch Weekly, and according to him – Jojo couldn’t have cared less about Bachelor Ben Higgins, because she was hooking up with Chad the whole time the show was airing on ABC – and definitely wasn’t heartbroken.

To add insult to injury, Jojo Fletcher dumped Chad (again) and jetted off to film The Bachelorette without a care in the world, that doesn’t exactly sound like someone who is ready to settle down and get married. Bachelor fans will remember Chad from his sort-of cameo during Season 20 of The Bachelor.

During Jojo’s hometown date she received flowers and card on her doorstep and thought they were from Ben Higgins, it turns out they were actually from Chad and he wanted her back.

Chad dished to In Touch, “As soon as she got home, we started hanging out every day and being intimate again. We were sneaking around the whole time The Bachelor was airing because she wasn’t allowed to be seen with me.”

Chad Rookstool continues: “When she got home, she kept telling me she loved me and that we should have stayed together and fought through our issues. She said we would’ve been married by now. And I agreed with her.”

Jojo’s ex-boyfriend went on to say that when she was offered the Season 12 Bachelorette gig, Jojo dropped him like a bad habit and jetted off to start filming and dating new guys. According to Rookstool, Jojo joined the TV show for the sole purpose of kicking off her career, and she has no interest in finding a husband.

He even claims that Jojo flat out told him that her feelings for Ben Higgins were never real and “it was just TV.”

Do you think that Jojo Fletcher is really looking for love, or just fame and fortune? Let us know what you think in the comments below and come to CDL for all your The Bachelorette 2016 news and gossip!