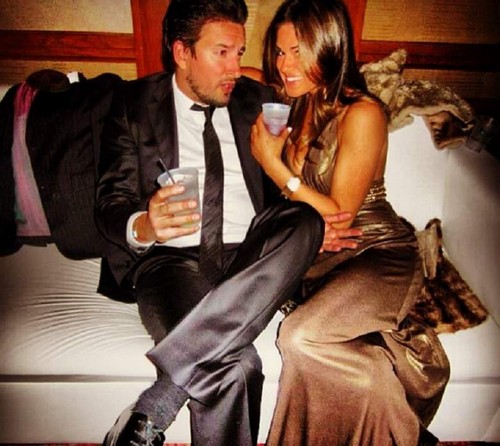 The Bachelorette 2016 spoilers are already rolling in – and Jojo Fletcher is already embroiled in controversy – after Season 12 of the ABC reality show just began filming this week. Some names of Jojo’s guys have been leaked on the internet, and general consensus is that there is something really fishy going on.

Did Jojo’s ex Chad Rookstool join The Bachelorette to try and win her back?

If you watched Ben Higgins’ season of The Bachelor, then you remember Jojo Fletcher’s awkward hometown date. Jojo found a letter and a bouquet of flowers on her doorstep right before Ben Higgins showed up for their date – and she assumed they were from The Bachelor.

However, she opened the letter and realized it was from her ex Chad, who she had just broken up with a few months ago – and he wanted her back. Of course, it’s overly dramatized reality television – so Ben walked in just as Jojo was sobbing and reading the letter, in the midst of a meltdown.

Fast forward to now, Jojo Fletcher is the new Bachelorette and she is currently filming Season 12 of the ABC show and dating 20 plus guys on camera. Bachelorette fans went in to a frenzy when they learned that one of Jojo’s guys is named Chad. Could it be her ex-boyfriend Chad that left her flowers on The Bachelor?

According to Bachelor blogger Reality Steve’s spoilers, it looks like a different guy named Chad – but there is still something suspicious going on. According to Steve, Jojo Fletcher’s ex-boyfriend is named Chad Rookstool. And, the Chad on Season 12 of The Bachelorette’s last name is Thedford.

But, it looks like he has some history with Jojo too. Chad Thedford is from Jojo’s hometown in Texas, AND he was friends with Jojo on Facebook up until last week, when they quickly unfriended each other.

What does all of this mean? Well, conspiracy theories are already floating around the internet and teasing that Chad Rookstool and Chad Thedford are one in the same – and Chris Harrison and the producers are just trying to keep the shocking twist quiet until the premiere.

Even if the Chad on the show is NOT Jojo’s ex, she definitely already knows him. What do you think is going on Bachelorette fans? Share your thoughts in the comments below and don’t forget to check CDL for all of your Bachelorette 2016 spoilers and news.