The Bachelorette 2016 Spoilers: Caila Quinn Dumped For Jojo Fletcher – Why Did Chris Harrison and Producers Do It? 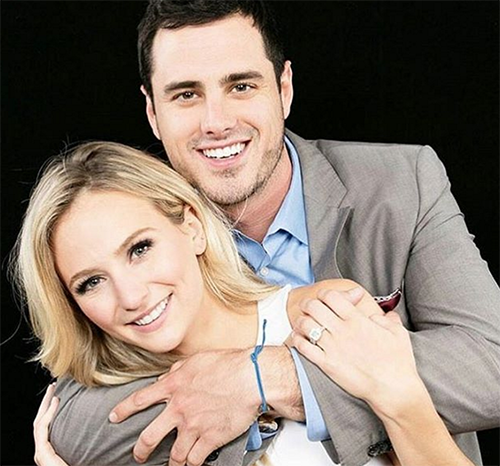 Why did The Bachelor producers dump Caila Quinn at the last minute? The Bachelor Season 20 finale aired on ABC this week, and no one was shocked when Ben Higgins gave his final rose to his 2016 winner Lauren Bushnell. The real shock came when Chris Harrison announced that the new Bachelorette was runner-up Jojo Fletcher, and NOT Caila Quinn.

The Bachelorette spoilers teased weeks ago that Caila Quinn was ABC’s next star – there were even camera crews filming her in her hometown of Hudson, Ohio. But, at the last minute, the producers dropped Caila and decided to make Jojo Fletcher the next Bachelorette. What happened?

According to E! Online’s sources, Chris Harrison and TPTB’s decision was nothing personal, they just though that Jojo Fletcher would bring in more ratings.

An insider dished to E! Online, “It was nothing against Caila, but JoJo’s storyline was just so compelling. After seeing how she fell in love with Ben and then had her heart broken, there was no doubt that everyone’s going to be rooting for her as Bachelorette.”

We aren’t buying it. If that were the case, then every runner-up would be the next Bachelorette, simply because they just got their heart stomped on for national television. But, Jojo is actually a rare exception, and the second place woman is nearly never chosen as The Bachelorette.

If you ask us, Caila Quinn was never really The Bachelorette. Chris Harrison and The Bachelor team have been working hard to try and keep spoilers off from social media and Reality Steve’s website. Caila was most likely just a scapegoat to keep the news underwraps until the Season 20 finale aired. Poor Caila probably thought she was seriously going to be the next Bachelorette, but it was all just a charade to throw Bachelor fans off the case, and to ensure that Jojo’s casting would come as a surprise.

What do you think Bachelor fans? Did the producers ever have any intention of Caila being the next Bachelorette? Let us know what you think in the comments below!