Jojo Fletcher Is The Next Bachelorette: Caila Quinn Was A Distraction Says Reality Steve 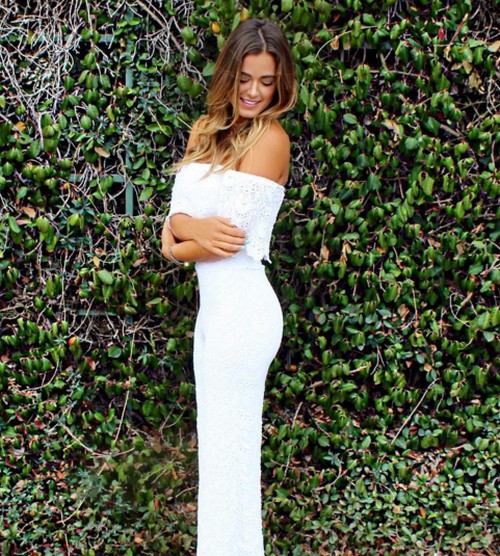 Update: Jojo Fletcher was chosen as the next Bachelorette on After The Final Rose last night – Congratulations JoJo, you will be amazing on The Bachelorette Season 12! Looks like Reality Steve hit the nail on the head when he said that the buzz about Caila Quinn being the next bachelorette was just noise and a distraction.

The Bachelor 2016 spoilers tease that on tonight’s Season 20 finale, Ben Higgins will give the final rose to Lauren Bushnell – and send Jojo Fletcher home broken hearted. But, Jojo Fletcher isn’t too upset about being publicly dumped and played by the Bachelor, who told her he loved her during their Fantasy Suite date – because rumor has it that she is the next Bachelorette, not Caila Quinn.

Bachelorette Season 12 spoilers hit the internet a few weeks ago, naming third place contestant Caila Quinn as the next Bachelorette – because there was a camera crew seen filming her in her hometown. Bachelor nation automatically assumed that the camera crew was filming her promo package for The Bachelorette.

But, according to Bachelor blogger and spoiler king Reality Steve on Twitter – it could all be a red herring.

For those of you who don’t remember, after Andi Dorfman dumped Nick Viall, he was suspected to be the next Bachelor because there was a camera crew seen in his hometown, following him around.

But, it turns out the producers were just trying to trick Bachelor fans, and Chris Soules was actually the next Bachelor. Is this another fake out from Chris Harrison and his team?

In all honestly, Jojo Fletcher deserves some sort of conciliation prize after being part of the cruelest Bachelor publicity gimmick of all time. Jojo honestly believed she was getting the final rose and a Neil Lane engagement ring, because why else would Ben Higgins tell her that he loved her?

And, in all fairness, Jojo Fletcher is much more popular on social media than Caila Quinn – and fans have been campaigning for her to be the next Bachelorette.

What do you think Bachelor fans? Could Caila Quinn’s camera crew be just a red herring, is Jojo Fletcher really the next Bachelorette? Let us know what you think in the comments below and don’t forget to check CDL for all of your Bachelor Nation spoilers and news.

Certainly not a guarantee bc Arie & Nick had intro videos done & didn’t get the lead but, this is definitely a good sign it’s gonna be her