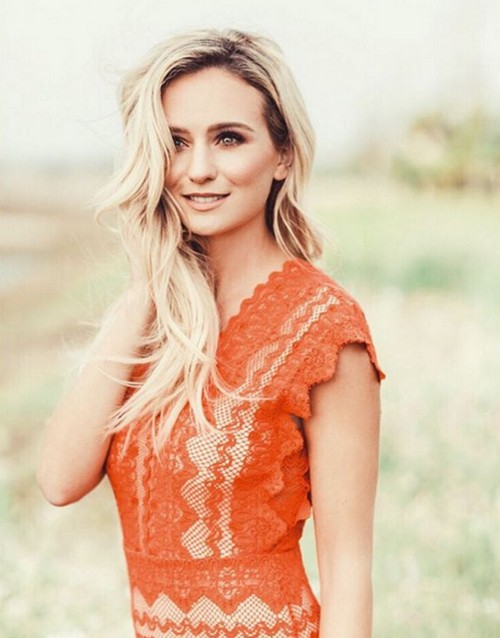 The Bachelor 2016 winner Lauren Bushnell fears Ben Higgins loves Jojo Fletcher more and this makes Lauren cautious about moving forward with their engagement and marriage. As The Bachelor 2016 finale episode airs on Monday, March 15, it seems Ben Higgins does not know true love – can winner Lauren Bushnell trust him after confessed his love for her rival JoJo Fletcher?

Ben Higgins must be the bravest man in the 20 season history of The Bachelor. Ben professed his love and devotion to both of the remaining two contestants, Lauren Bushnell and JoJo Fletcher.

Ben is either the bravest or the most confused. Since reports surfaced early in Season 20 about who won The Bachelor 2016 and it became clear that Lauren Bushnell was the ultimate winner, her fiancé has come across as having his heart split in two.

Lauren B must be plagued by doubts of Ben Higgins’ commitment to true love after his behavior with JoJo Fletcher. Viewers along with Lauren are thoroughly confused after the recent emotional storm Ben threw claiming that he does not know which lady to select as the winner and his future wife.

After that pathetic display how can Bushnell trust that Ben truly loves her and made the decision off his own free will?

What fate awaits their relationship if one also considers how Ben Higgins hade both Lauren and JoJo dangling to the last moments in the finale with the promise they would get his final rose. CDL reports that the couple is already headed for a breakup as insiders close Lauren Bushnell state she has found it difficult to move beyond the fact that her fiancé poured out his heart to JoJo Fletcher.

In all fairness, if The Bachelor viewers were rendered speechless by Ben Higgins’ indecisiveness, Lauren B herself is hardly likely to be looking at the future through rose coloured glasses.

It certainly is not surprising that Ben Higgins continues to exude indecision and has allowed this to intrude on his engagement and wedding possibilities. This is particularly so after a recent CDL report on that alleged that Ben’s mom was the person who chose the winner of The Bachelor 2016.

This was supported by Life & Style who reported that Ben Higgins consults his mother on all major decisions, not only that, but he invites her “…advice on everything.”

CDL reported how Ben Higgins was terribly emotional in the hours leading up to the traditional final rose ceremony, even breaking into tears as the time drew close to revealing the winner. Were these tears a result of the guilt he felt knowing he would break JoJo Fletcher’s heart after he pledged to her his heart and soul?

Or did Ben regret that he would no longer be able to play both ladies along as he has done in the last few episodes of The Bachelor 2016? Come back to CDL for all your Bachelor Nation news, spoilers, and recaps!