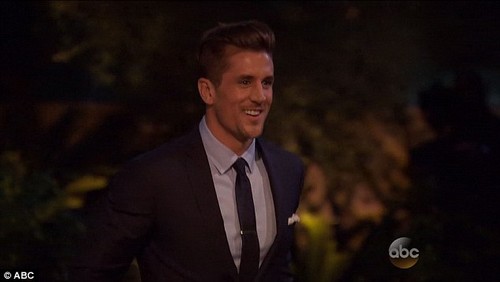 The Bachelorette 2016 spoilers tease that frontrunner Jordan Rodgers is a cheater and not the guy he claims to be – and Jojo Fletcher could be making a HUGE mistake. During The Bachelorette premiere, Jojo Fletcher had an instant connection with Rodgers, and the couple even shared the first kiss of the season (we’re not counting that weirdness that went down with Will).

Jojo even gave Jordan Rodgers her first impression rose, because she was so smitten with the charmer. But, according to Jordan’s ex-girlfriend, he is a liar and a cheater.

During The Bachelorette 2016 season 22 premiere, Jordan discussed his previous relationship in his intro package, and explained that he was in love but he put his NFL career first and lost the girl. Well, the “girl” that he was referring to, his ex Brittany Farrar took to social media to clear up any confusion. Brittany revealed that they didn’t break up because of Jordan Rodgers’ career – but because he was a cheater!

Brittany Farrar posted a mean message that said “Oh Snap,” on Instagram and then she captioned it, “Riding the bench doesn’t get in the way of a relationship, but cheating does. #yourpitchisntperfect@jrodgers11 #alwayswantedtobefamous #dreamscometrue #tuneinnextweekformoreBS😝@bacheloretteabc.”

Not only did Brittany point out that Jordan Rodgers was basically a cheating benchwarmer and there is no reason his career would have gotten in the way of him being in an honest relationship, but she also revealed that he cheated on her too!

To add insult to injury, Brittany also accused Jordan Rodgers of being obsessed with fame, and desperate to be a celebrity. Yikes!

According to Reality Steve’s Bachelorette 2016 spoilers, Jordan Rodgers goes all the way in the competition and may actually be engaged to Jojo Fletcher right now. She can’t catch a break! First she get dumped by Ben Higgins and then she gets totally fooled by Jordan Rodgers.

So Bachelorette fans, what do you think? Is Brittany Farrar telling the truth, or is she just bitter? Share your thoughts in the comments below and don’t forget to check CDL for all of your Bachelorette 2016 spoilers and news!

🌹Riding the bench doesn't get in the way of a relationship, but cheating does. #yourpitchisntperfect @jrodgers11 #alwayswantedtobefamous #dreamscometrue #tuneinnextweekformoreBS 😝@bacheloretteabc