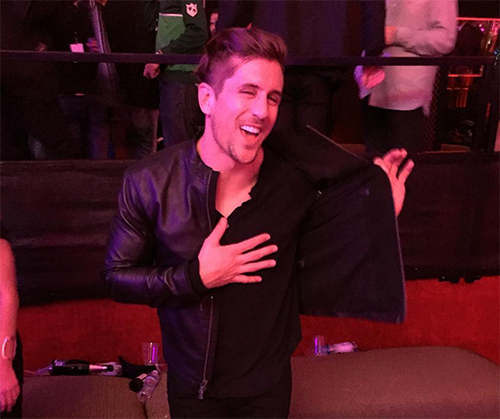 The Bachelorette 2016 spoilers have teased since Jojo Fletcher began filming that Jordan Rodgers was a frontrunner for the final rose in the Season 12 finale. According to early spoilers, Jordan Rodgers will receive the first impression rose during the premiere tonight on ABC – and the lucky Bachelor is one of the first guys to kiss Jojo Fletcher!

According to Reality Steve’s spoilers, Jordan Rodgers makes it all the way to the final four (which isn’t exactly a shocker), along with Chase McNary, Robby Hayes, Luke Pell. The Bachelor blogger’s spoilers indicate that Jordan Rodgers receives the final rose from Jojo Fletcher, and gets down on knee and proposes to her during the finale, the couple is currently engaged to be married.

Jordan Rodgers isn’t exactly “new” to the whole fame thing. Jordan’s brother is actually Aaron Rodgers, the quarterback for NFL team Greenbay Packers. Rumor has it that Jordan joined The Bachelorette to build his brand – and expand his celebrity status. And, Reality Steve seems to agree. The Spoiler King isn’t a fan of Jordan Rodgers and claims that he is a total player, and definitely is more interested in fame and fortune than he is Jojo Fletcher.

Sure, there is a chance that Reality Steve’s Bachelorette 2016 spoilers are wrong – after all, he doesn’t have 100% accuracy. But, so far, that seems unlikely and there haven’t been any clues to indicate that someone else may be The Bachelorette 2016 winner.

So Bachelorette fans, are you excited for the Season 12 premiere? Do you think Jordan Rodgers is really the winner, or are Reality Steve’s spoilers wrong this season? Let us know what you think in the comments below and don’t forget to check CDL for all of your Bachelorette 2016 spoilers and news.