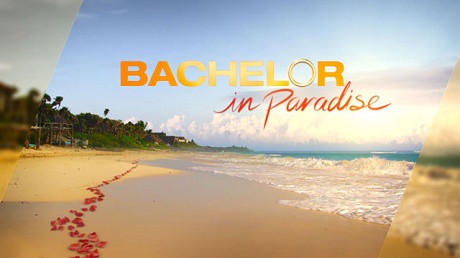 Are Bachelor In Paradise stars Tenley Molzahn and JJ Lane dating? Bachelor In Paradise 2015 spoilers confirm that on Sunday, August 23rd’s episode of the reality TV show on ABC – JJ Lane eliminated himself and announced that he was going home. JJ was rumored to have a girlfriend back home, but it looks like that relationship didn’t pan out either. On the show, Tenley and JJ were dating other people, but word on the internet is that now they might be dating each other?!

During Season 2 of Bachelor In Paradise, Tenley Molzahn was a hot commodity, and the apple of many guys’ eyes – but she spent most of her time with Kaitlyn Bristowe’s ex Joshua Albers. According to Reality Steve’s spoilers, Tenley and Joshua’s relationship doesn’t last – and they left Bachelor In Paradise single and ready to mingle. Tenley then reportedly set her sights on Kaitlyn’s other ex Ben Higgins; however, after a few dates, Ben reportedly put the brakes on their relationship because he was tapped to star as ABC’s next Bachelor – of course, in order to be The Bachelor, you kind of have to be single.

A new dating rumor popped up on the internet earlier this week, and now Tenley Molzahn is spending time with JJ Lane. We still don’t understand what anyone could possibly see in JJ Lane – but Tenley insists that he is a great “friend.” Tenley took to Facebook and confirmed that she has been spending time with JJ, but she didn’t really clarify if they are just friends, or romantically involved.

Tenley shared a photo of herself posing with JJ and captioned it, “My dear friend Mr. Lane, I’m so grateful for your friendship. You have taught me to give every person the opportunity to be themselves, & to truly get to know someone before writing them off. You are a gem. Good things are coming buddy! God’s grace is big & good! #bachelorinparadise #bachelornation #bachelorfamily.”

Sodo you think the rumors are true and Tenley Molzahn & JJ Lane are dating? Do you think they make a cute couple? Or are they just friends? Let us know what you think in the comments below!