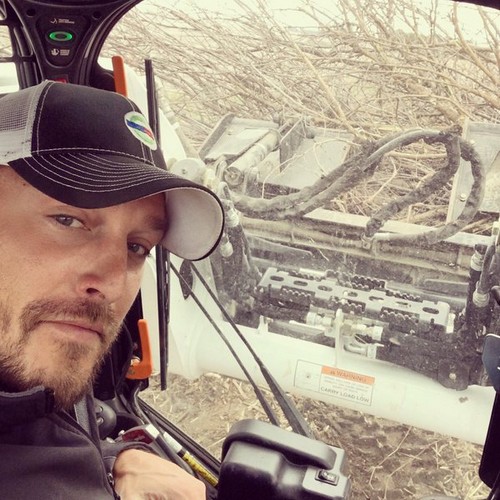 No Bachelor in Paradise for Chris Soules. The Bachelor has chosen farm life and pigs over women and is going to stay home in Iowa with tractors and farm. The first clue that Chris wasn’t going to be one of the bachelors on the ABC reality television show was Chris’s live tweet with fans in the day after Ben Higgins and Lauren Bushnell Bachelor 2016 Finale in March.

One tweeter outright If Prince Farming would go on the Bachelor again would he? Why or why not? Chris’s answer? “No, there are too many good guys out there that deserve the opportunity. I’m happy to date like a normal guy.”

If that wasn’t clear enough Chris used Twitter again to confirm that nope, he won’t be a contestant. “Despite rumors I will be foregoing the Bachelor in Paradise for my one true love of corn, soybeans and piggies.” That tweet was on April 5.

Just one day after professing his love for corn, soybeans and pigs Chris was did show up for a Bachelor Nation appearance with buddies JJ Lane, Nick Viall and Ben Zorn at Boo Hoo Store in West Hollywood.

According to Chris’s website you can request an appearance, but is that it only if it has to do with agriculture and the sustainable future of farming? We wonder if he was taking about farming, pigs, tractors and soybeans with the Los Angeles ladies that evening.

Chris Soules is out for Bachelor in Paradise, or so it seems. Is Chris just trying to throw everyone off? Or is he truly happy to go back to farming and date like a normal guy?

Maybe Chris decided to announce he had no intention of appearing on the show because ABC didn’t want him anyway. Maybe Chris is doing a little pre-show damage control – I’m going to say I don’t want to do it before you don’t choose me?

Is Prince Farming throwing away an opportunity to meet the women of his dreams from the Bachelor pool of contestants? There’s always a chance that TBTP can convince Chris Soules to join on for this season of Bachelor in Paradise.

Despite rumors I will be foregoing the Bachelor in Paradise for my one true love of corn, soybeans and piggies.