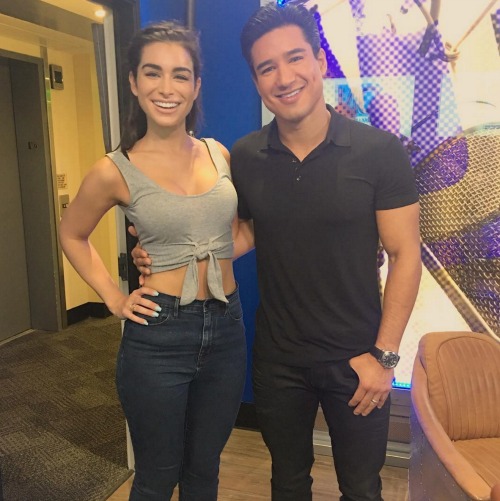 A new feud has been sparked on Bachelor in Paradise; this time it’s the girls turn to show their claws. Caila Quinn and Ashley Iaconetti are feuding over Jared Haibon and it couldn’t be uglier, Perez Hilton reports.  Ashley Iaconetti finally had her moment in the sun (literally) as she moved onto the beach to get up close and personal with Jared Haibon, who was the object of her unrequited love for all of season 2 of Bachelor in Paradise.

Caila Quinn allegedly told Ashley Iaconetti that she wouldn’t interfere in the couple’s romance; until she did exactly that, naturally.  Ashley became irate calling Caila a “backstabbing whore of a friend.”  Things got even uglier when Nick Viall tried his hand at counselor to tell Ashley that Jared was never going to feel the same way about her as she does for him.

Ashley then went back to Jared, abandoning all pride and dignity in order to moan: “”I’m sorry. I’ve never felt for anyone the way I feel for you. I’ve never felt that way so it’s hard to let it go. I always had hope and I should never have had it. How am I supposed to find another you???”  The entire fiasco culminated with Jared threatening to leave the show over the catfight.

It doesn’t appear that this lady drama is going to end anytime soon, as Ashley Iaconetti is infamous for never letting anything go—like her obsession with Jared that she has been harboring since season 2.  Between this latest catfight and the ongoing feud between Nick Viall and Josh Murray, this season of Bachelor in Paradise is less dream paradise and more Lord of the Flies.

Ashley will undoubtedly continue to cry rivers over her unrequited love and Jared will continue to be freaked out by her obsession and never-ending waterworks.  It doesn’t seem that the reality star is picking up on the fact that her “crying virgin” persona isn’t going to make the boys come a’running.

The only man on the show that seems to be able to stand her is Daniel who kindly tried to assuage Ashley’s hysteria by telling her that obviously, everyone is just totally jealous of her.

Whew!  What do you guys think of Ashley’s constant hysterics?  Is she ever going to win over Jared Haibon?  Did Caila Quinn really backstab Ashley?  Should Ashley make a move for Daniel instead?  Sound off in the comments below!

In case you didn’t know that I’m the most self aware and self deprecating…This and other important things every BIP fan should know is now up on @fabfitfun’s Snapchat.