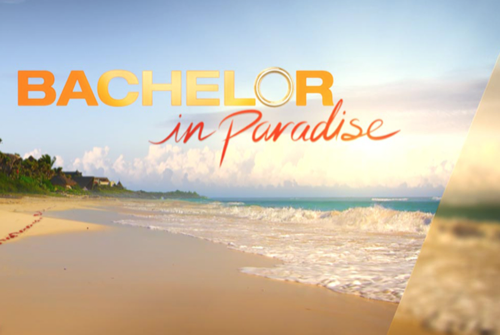 Bachelor in Paradise airs on ABC this evening with an all new Tuesday August 2 season 3 premiere and we have your weekly Bachelor in Paradise recap below. On tonight’s episode, Season 3 begins with the cast arriving on the shores of Playa Escondida in Sayulita, Mexico, and getting acquainted. Later, the first date goes to Jubilee and she shares an intimate dinner with Jared.

On the last episode in the season 2 finale, Ashley I. whisked Jared away to a luxurious hotel; Mikey decided to end his relationship with Juelia; two new bachelorettes, Jaclyn and Cassandra, arrived and they both wanted to take Justin on a date; Samantha and Nick visited an elegant resort; eight people were eliminated at the rose ceremony. Did you watch the last episode? If you missed it, we have a full and detailed Bachelor in Paradise recap right here for you.

On tonight’s show as per the ABC synopsis, “season 3 begins with the cast arriving on the shores of Playa Escondida in Sayulita, Mexico, and getting acquainted. Later, the first date goes to Jubilee and she shares an intimate dinner with Jared. Back at the house, an unhinged hunk refuses to calm down and offends everyone.”

Tonight’s season premiere of Bachelor in Paradise kicks off tonight with Chris Harrison in sunny Mexico, with the bartender Jorge. Emily and Haley Ferguson, twin sisters from Ben’s sister of The Bachelor are the first contestants heading to paradise. They’re excited to not be dating the same guy this time around.

Nick Viall is headed to paradise for Season 3 as well, he wants to meet someone who “makes him a better version of himself.” He jokes that with his luck, he’ll even wind up being a runner-up in paradise. You’ll most likely remember him from being Kaitlyn Bristowe and Andi Dorfman’s runner-up in back to back seasons of The Bachelorette.

Lace Morris, the oddball from Ben Higgin’s season of The Bachelor will be in paradise this summer. This time around, she is determined not to be crazy or drink too much. Her former co-star Amanda Stanton, the “mom” of Season 20, is also going to paradise.

A slew of guys from Jojo’s season will also be heading to paradise. Chad Johnson’s nemesis Evan (the erectile dysfunction guy), the infamous Chad Johnson, and Daniel (the Canadian air-head).

The cast begins moving into the villa in Mexico – Amanda Stanton is the first to arrive, followed by Nick Viall. Nick introduces himself to Amanda, she thinks Nick is “pretty hot.” But, she thinks he might be a bit of a heartbreaker. Jubilee arrives next, she sits on the beach with Amanda and Nick and wait for the next person to arrive…it’s Evan. He is smitten with Amanda, and they chat about their kids. Vinny shows up next, followed by Carly Waddell, Grant Kemp, and Canadian Daniel.

Daniel is not impressed with the selection of women there so far. He says that he would have to be “white girl wasted” to hook up with Amanda, Carly, or Jubilee.

Sarah from Season 1 of Bachelor in Paradise arrives next, followed by the Ferguson Twins Emily and Haley. They rush to the beach to meet everyone, Emily has his her eyes on Daniel already. They head down the ocean together and everyone joked about how they must be having the “dumbest conversation ever.” Meanwhile, Jubilee confesses that she is waiting for a guy to show up, but she won’t tell anyone who it is.

Izzy arrives, she was eliminated the first night of Ben Higgins’ season of The Bachelor. No one recognizes her or has any idea who she is, not even the girls from Ben’s season. Daniel doesn’t seem to mind – he takes Izzy aside and tries to make a mover on her. Things get awkward.

Meanwhile, back at the bar, Lace Morris arrives in paradise and everyone greets her. Grant thinks that Lace is hot, but it’s obvious that she is a mess and he says he “feels sorry for anyone who winds up in a relationship with her.” Everyone begins stripping down to their bathing suits and splashing in the ocean.

Jared Haibon arrives, he was on last season of Bachelor In Paradise and on Kaitlyn’s season of The Bachelorette. He’s the guy that Jubilee has been waiting for. Before she even gets a chance to introduce herself, Sarah steals Jared and they go for a walk together on the beach.The infamous Chad Johnson finally arrives in paradise and the mood instantly changes. He awkwardly greets everyone and seems to be on his best behavior, Evan thinks that he may have taken a happy pill. Daniel is thrilled to see his buddy Chad though, they head down the beach together and talk about how they are going to work out this summer.

The infamous Chad Johnson finally arrives in paradise and the mood instantly changes. He awkwardly greets everyone and seems to be on his best behavior, Evan thinks that he may have taken a happy pill. Daniel is thrilled to see his buddy Chad though, they head down the beach together and talk about how they are going to work out this summer.Chris Harrison crashes the party – he explains how the dates and rose ceremonies will work this summer. He also reveals a twist, if either of the twins receive a rose, then the other one will automatically stay. Then, everyone heads to the suites to check out their rooms. Chad finds a refrigerator full of meat and he is in heaven.

Chris Harrison crashes the party – he explains how the dates and rose ceremonies will work this summer. He also reveals a twist, if either of the twins receive a rose, then the other one will automatically stay. Then, everyone heads to the suites to check out their rooms. Chad finds a refrigerator full of meat and he is in heaven.

The first date card arrives, and it is addressed to Jubilee. It tells her to “choose the man that she want to hit it off.” She already announced that if she gets a date card she is going to ask Jared. She takes her date card down to the beach and finds Jared in the hot tub with Nick Viall – he accepts. Meanwhile, Emily is a little upset, she already had her eye on Jared and isn’t too thrilled that he is going on a date with someone else.

The drinks are flowing – Grant and Lace are already spending some time together. And, she’s already unleashing a little bit of her crazy. Lace gets another drink and then gets back in the pool to flirt with Chad. Daniel jokes that Lace and Chad are a “match made in hell.” Lace and Chad start making out in the pool, Vinny says that they are a hurricane waiting to happen…while he makes out with Izzy.

Lace and Chad are getting a little wild as the night goes on, they keep play-fighting, and Lace slaps Chad. They are both clearly wasted, and wrestling in the pool. Grant is totally turned off. Nick and the twins spy on Lace and Chad. Daniel thinks that they make a great couple.

Lace and Chad are a mess at this point, neither of them could walk a straight line if their lives depended on it. They head down to the beach, and continue to wrestle and play-fight in the ocean, while everyone watches them.

In other news, Jubilee and Jared head out on their date. There’s a romantic dinner waiting for them surrounded by colorful pinatas. They chat and get to know each other, Jubilee raves about Lord Of The Rings. Jared is impressed by how down to earth Jubilee is, and she is way deeper than any one gives her credit for. While they are talking, a creepy clown crashes their date.

Chad’s true colors are starting to shine through. And, Lace is starting to realize that she may have bitten off a little more than she can chew. Chad calls her a C—t and all hell breaks loose. Lace curses Chad out and tells him to never talk to her again, she storms off and sits at the pool by herself. Chad continues to follow her around and harass her, and things are getting tense in paradise.

Everyone is getting scared of Chad. Sarah calls him out and says that he is disrespectful and she want nothing to do with a show where it’s okay for him to talk about women like that. Chad scoffs “F—k that one-armed b—h.” Sarah leaves in tears. Daniel tries to talk some sense in to Chad, but even he can get through to him. Chad tells Daniel that he is “going to get murdered.” Chad swings at Daniel, he brushes him off because he is drunk. Chad storms off and stumbles down the beach by himself. He passes out in the sand and starts snoring while a crab crawls in his hair.

It’s day #2 in paradise, Vinny and Izzy are still going strong. And, Lace is canoodling with Grant again. Chad wakes up hung over, everyone is already outside and already gossiping about him. Lace feels a little sorry for Chad, she thinks he has real mental issues.

Chris Harrison calls everyone to the gazebo for a meeting. He asks Chad what happened last night. Chad says that he was just calling a few people out because they were being fake. Sarah says that Chad was disrespectful, and was talking horribly about everyone. Nick Viall interrupts and says that Chad was telling Sarah to “Suck a D—k” and that wasn’t cool.

Chris Harrison tells Chad that he turned paradise in to hell. Chris is not impressed, he shouts at Chad for telling the staff and everyone at the hotel to “S—k A D—k.” Chris tells Chad that they gave him a chance to turn over a new leaf, and he didn’t, so he has to leave paradise.

Chad is not happy about getting kicked out of paradise. He shouts that everyone is being fake and they can’t take a joke. Chris Harrison and security walk him out. Chad shouts at Chris that he isn’t going to let them make him look like the bad guy again. Chad curses Chris out, tells him to F—k off and calls him a B—h. Chad wants to fight Chris Harrison…