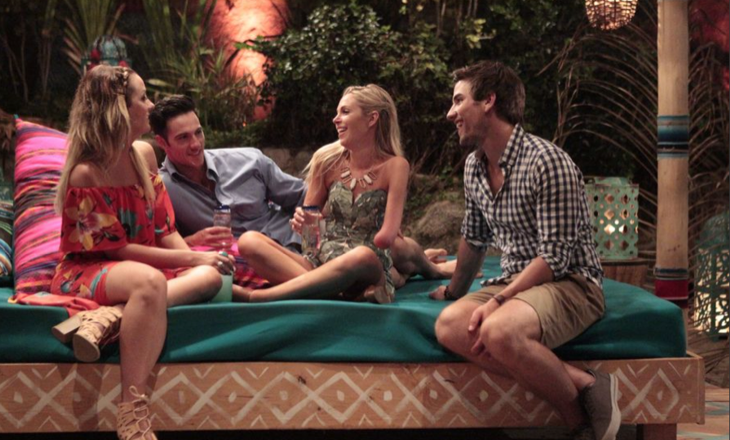 Bachelor in Paradise airs on ABC this evening with an all new Tuesday, August 9 season 3 episode 2B and we have your weekly Bachelor in Paradise recap below. On tonight’s episode, the women have the power, and things are really beginning to heat up! There are a few couples who have established their relationship in the house and aren’t afraid to show it.

On the last episode, it was only the second day of paradise in the gorgeous town of Sayulita, Mexico. One cast member was forced to exit Playa Escondida early and insulted Chris Harrison and his cast mates on his way out! Did you watch the last episode? If you missed it, we have a full and detailed Bachelor in Paradise recap right here for you.

On tonight’s show as per the ABC synopsis, “the women have the power, and things are really beginning to heat up! There are a few couples who have established their relationship in the house and aren’t afraid to show it. One particular bachelor in the house is feeling especially annoyed since the aggressive suitor basically came in and stole his girl yet again!”

Tonight’s episode of Bachelor In Paradise kicks off with Amanda Stanton and Josh Murray still making out on the beach, apparently that’s all that they do. Of course, Nick Viall is not too happy about it. Meanwhile, an unexpected couple seems to be popping up. Daniel is lying down flirting with Sarah, ever since he gave her a rose and saved her – they seem to be hitting it off. Daniel is determined to get his rose, he actually likes Sarah because she is one of the few people that understand him.

Later that night, everyone is hanging out on the beach, and there is a new arrival – Christian from Jojo Fletcher’s season of The Bachelorette. Of course, he arrives with a date card. Christian already has his eye on Sarah and Amanda. The guys take him aside and tell him that Lace and Amanda are off limits. Christian heads back to the girls and takes Sarah aside – Daniel is a little put off about it. Christian invites Sarah on a 1-on-1 date and she happily accepts.

Meanwhile, Carly is still trying to figure out how to get rid of Evan. Evan is smitten with Carly but he literally makes her skin crawl. She feels horrible, but Carly decides that it is time to let Evan know that she is not interested in him, and he should probably stop following her around like a lost puppy. Carly sits Evan down, she explains as gently as possible that she just wants to be friends with him and is not interested in dating him. Carly tries to soften the blow and apologizes, but Evan is pretty upset. He heads back to his room and cries.

Sarah heads out on her date with Christian, they go zip-lining through the forest and Sarah raves about how much fun she is having. Christian is impressed that Sarah doesn’t let her physical handicaps get in the way of her having fun. When they reach the bottom of a cliff, the couple shares their first kiss.

Meanwhile, back in Paradise, Evan realizes that if he doesn’t get out of bed and stop crying, then he isn’t going to get a rose at the next rose ceremony. The girls have the power this week, and it is safe to say that Carly isn’t giving him a rose.

There’s a new arrival in Paradise, Brandon from Desiree Hartsock’s season of The Bachelorette. No one really remembers Brandon from Des’s season, he was sent home pretty early, but he was the “guy in the Soulja Boy video wearing a thong.” Carly instantly recognizes Brandon though, her brother Zak was also on the same season of The Bachelorette with him. Carly tries to flirt with Brandon, but he asks Emily Ferguson on a date instead.

Sarah and Christian head back to Paradise, they tell everyone how amazing their date was. Daniel is a little upset. Now that Sarah appears to be off the market, he wants her even more. Daniel is determined to win her back before the rose ceremony. Daniel steals Sarah away for some alone time they drink some champagne and chat. Sarah and Daniel bond over how different they always feel from everyone else. Sarah is feeling torn, she thought she liked Christian, but now she is realizing that she is attracted to Daniel.

Brandon and Emily head out on their romantic date together – Brandon swears that he can tell the twins apart. Emily and Haley decide to put him to the test. Emily excuses herself and heads to the bathroom, Haley is waiting for her, they switch clothes and Haley heads back out to the table.

Meanwhile, back in Paradise, everyone seems to be coupled up. Josh and Amanda have been making out all day. Evan watches them from the distance and is jealous. He heads back to his room and decides that he is going to take Amanda on a date, because Josh is not a good guy and she deserves better. Evan makes a romantic dinner date for him and Amanda in the tree house. Then, he heads down to the beach and interrupts Amanda and Josh’s makeout session. Evan awkwardly asks Amanda if he can talk to her in private.