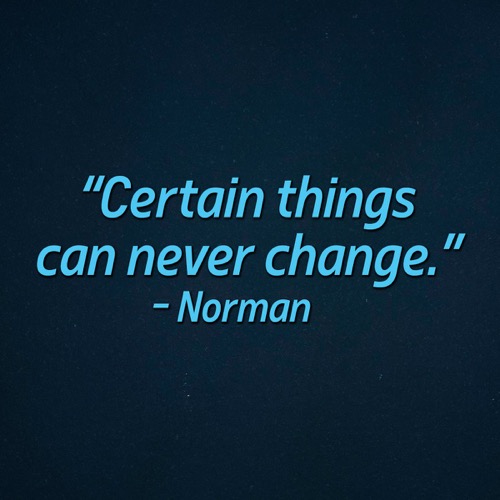 Bates Motel airs tonight on A&E with an all new Monday May 9, season 4 episode 9 called “Forever” and we have your weekly recap below. On tonight’s episode, Norman (Freddie Highmore) plans a special event for Norma. (Vera Farmiga)

On the last episode, Norma was torn between Romero and Norman while Norman realized how much everyone had changed in his absence. Did you watch the last episode? Did you miss it, we’ve got a detailed recap right here for you.

On tonight’s episode as per the A&E synopsis, “Norman plans a special event for Norma; Romero faces pressure due to his actions; and Dylan considers reaching out to Norman.”

Tonight’s episode is going to be a great one and you’re not going to want to miss it. Bates Motel airs on A&E at 9:00 PM EST, while you wait for our recap hit the comments and let us know how excited you are about the season 4 episode 9.

After Norman’s outburst last week, Romero had a few things to say to Norma on tonight’s all new episode of “Bates Motel”.

Romero it seems had taken a look at their situation, that is their actual situation rather than what Norma wanted it to be, and so he recognized how dangerous Norman was. Even though Norma, herself, refused to see it. So Romero had tried to open his wife’s eyes. And he eventually admitted to her that he doesn’t believe Norman should have left Pineview because he thought that’s where Norman truly belonged.

So later Romero tried to tell Norma that there was something wrong with Norman that time couldn’t fix. However, she refused to believe him. She said her son just needed time and that there were over their first huddle as a family. And therefore she thought things would get better. Only she completely ignored the part when Romero had said Norman’s therapy visits weren’t the same as him being at Pineview where he could receive twenty-four-hour care.

Yet, Romero had said that for a reason. He saw for himself how dangerous Norman could be and so he feared what would happen if Norman ever lost control while he wasn’t there and Norma was. So it was not like Norma said, where he couldn’t understand Norman as much as she could, he just was smart enough to see the maniupulation. And wanted to keep her safe.

Norma, though, took what he said as judgement. She still believed and told Romero that her son and her were almost two halves of the same person. So that’s why she thought he would never hurt her, but nothing she said could convince Romero differently. And so he ended up going behind her back to talk Dylan into filing the necessary paperwork with him to have Norman committed. Apparently all he needed was the signatures of two family members and his marriage to Norma qualified him as family.

But Dylan hadn’t felt right by going behind Norma’s back. So he asked Romero to wait until he got the chance to talk to Norma and see if he could get her to come around. Which he thought he could do seeing as he had something to use on Norma. He and Emma had found an earring in his Norma’s jacket that he knew belonged to Emma’s mother so he thought he could use that earring to finally get Norma to admit that Norman was dangerous. And yet she managed to rile him up so bad what with refusing to acknowledge what was right in front of her that Dylan also went on to tell her that Romero has been talking to him about Norman.

So Norma figured out what was going on and she had accused Dylan of Romero of wanting to get rid of Norman because they were backstabbers. And in Dylan’s case, jealous. However, that was one step too far for Dylan who he finally told Norma that she had never been a real mother to him before he stormed out. With the earring!

And so Dylan still had a piece of evidence with him when he left that could help Norma get locked away. Though he lost his man ally because he had unfortunately pushed Norma into a nasty confrontation with Romero. Who was also being spied on by the DEA after Rebecca had gone to them trying to make a deal. So Romero’s life was quickly spiraling out of control once his wife threatened to leave him and he eventually learned that Rebecca was trying to sell him out.

But the person that couldn’t hide from the truth anymore was Norman. He had gone up to the attic and was just looking around when he found Emma’s mother things. And that had triggered something in him because he suddenly remembered. As in Norman finally realized that he has been hurting people and that Audrey was merely his latest victim. So you would have thought that he would come clean however Norman chose to bury his secrets.

He gathered all of Audrey’s things and he buried out front in the yard. So that time it wasn’t his other personality that was covering up a crime, it was him. And sadly things only got worse when Norma came home. Norma had come in and she was crying over Romero because she said she had been wrong about him. Yet, Norman had been pleased by that.

Norman thought her marriage breaking up meant he could have her to himself again. So he tried to kill them both in order to keep it that way. However, Romero found him before the plan could work. Romero had arrived in time to save Norman. And so Norman didn’t get to die with his mother, but now there’s nothing holding Norman back from being who he is – a killer.