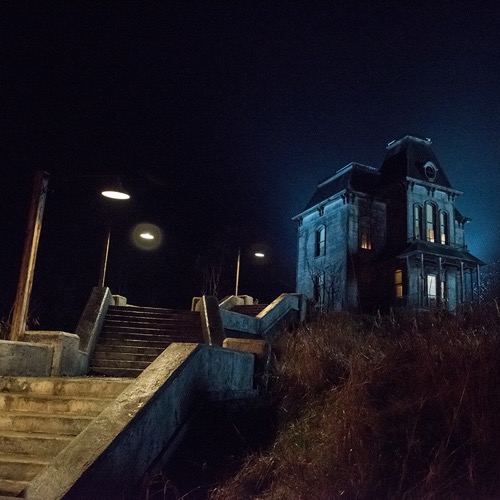 Bates Motel airs tonight on A&E with an all new Monday May 2, season 4 episode 8 called “Unfaithful” and we have your weekly recap below. On tonight’s episode, Norma (Vera Farmiga) is torn between Romero (Mike Vogel) and Norman. (Freddie Highmore)

On the last episode, a chance discovery spurred Norman to return home; Norma dived into new projects with Romero’s help; and Dylan searched for Emma’s mother, but had troubling results. Did you watch the last episode? Did you miss it, we’ve got a detailed recap right here for you.

On tonight’s episode as per the A&E synopsis, “Norma is torn between Romero and Norman while Norman realizes how much everyone has changed in his absence.”

Tonight’s episode is going to be a great one and you’re not going to want to miss it. Bates Motel airs on A&E at 9:00 PM EST, while you wait for our recap hit the comments and let us know how excited you are about the season 4 episode 8.

Tonight’s episode of Bates Motel kicks off with Norma tossing and turning in the middle of the night – she gets up and checks on Norman. He can’t sleep either because it is freezing in the house – Norma thinks that the furnace is broken. They head downstairs and Norma tinkers with the heater. Norman complains about the TV in the livingroom, he’s not happy with some of the changes his mom has been making.

Norma tells Norman to go back to bed, they can’t get the furnace relit – she is going to call a repair man in the morning. Norman follows his mom back upstairs and gets in bed with her…which isn’t creepy at all. Norman asks his mom if he is happy he is back – she reassures him that she is thrilled.

In the morning, Alex calls in to check on Norman and Norman. She says that he is settling in just fine – but things are still a bit awkward. She promises to sneak over and see Alex later. Alex wants to know when she is going to tell Norman about them, Norma says that the time isn’t right yet.

Meanwhile, Norman is feeling a little unwanted because his mom was using his room as a sewing room. He grumbles that so much has changed since he was gone. They sit down for breakfast, and Norman has questions about Sherriff Romero staying there – Norma awkwardly changes the subject, after she tells Norman that he should think Alex for all that he has done for them.

Meanwhile, Rebeca Hamilton is at the airport – she hands the attendant her ID, and there seems to be a problem. A DEA agent arrives and says that he needs to talk to her in private.

Norman visits Alex at the police station. Norman thanks Alex for everything he has done, and helping him get to Pineview. Then Norman goes on to tell Alex that he “can be done now.” Norman is going to get his own insurance, and a new job – so he wants Alex to divorce his mother. Alex is obviously put off – but he doesn’t spill the beans and say that he and Norma are actually together now.

Norma runs in to Dylan in town, she is buying space heaters until the furnace gets fixed. Norma explains that Norman came back home – Dylan obviously isn’t thrilled and thinks she could be making a mistake. Norma reassures him that his brother is getting better and he is on meds – she convinces him to come over for dinner later.

Norma pays Alex a visit – he tells her about Norman’s visit. He wants her to tell her son the truth about them ASAP. Norman gets upset, she shouts that he isn’t going to push her in to telling Norman about them, she wants to do it when the time is right.

Dylan and his girlfriend Emma arrive at the freezing Bates’ house for dinner. Dylan’s girlfriend slips upstairs to say hello to Norman and welcome him back. Norman gives her the same speech he has been giving everyone about how much better he is. He goes on to tell her that he is thrilled she and Dylan are together and he thinks that they are the perfect couple.

Dylan and Emma take Norma and Norman to the Christmas tree lot to pick out a tree. Norma is fuming over Norman telling Alex to divorce her. Norman can tell that something is bothering her, he corners her at the tree lot and demands to know what is wrong. Norma screams at him to leave her alone, he grabs her arm and won’t let her get away. Norman think his mom has just been sleeping with Alex to get him health insurance. Norma says that is not the case – Alex is a good man and she likes him. Norman doesn’t take the news well, he throws up all over.

After Norman gets sick, Dylan and Emma take them home. Norman heads upstairs to recuperate and Norma sends Dylan and Emma on their way. Norma tells Norman to come sleep in the motel with her because the house is freezing – they both get their own room, Norma is upset that he is still giving her the cold shoulder.

Sherriff Romero stops by Norma’s hotel room to check on her, she says that she told Norman the truth, she cries that it was really hard for her. Alex comforts her while creepy Norman watches from outside the window. Norman heads in to the room next door so that he can listen in on their conversation. He drills a hole in the wall so that he can watch his mother and Alex have sex….because that’s not weird.

The next morning the repair man shows up to fix the furnace. Norman listens in on his mom talking to the repair man – and isn’t too thrilled when he hears her talking about her “husband helping her clean out the basement.” Norma scolds him after the repair guy leaves, and tells him to stop looking for reasons to be mad at her.

Later, Norma forces Norman to have dinner with her and Alex. Of course, it gets awkward. Norman puts his mother on the spot. He wants to know if they were on a sinking ship and she could only save one of them – who would she choose? Norma tells him he is being ridiculous. He starts screaming at his mother that she is a hypocrite and she will never find a love between anyone else like she has with him. She shouts back at him that she is in love with Alex and he is just going to have to deal with it.

Norman runs off and Alex chases after him to try and talk some sense in to him. He finds Norman out back wielding an axe. He looks as if he is going to attack Alex, then he starts smashing the shed with the axe and screaming “I Hate You!”