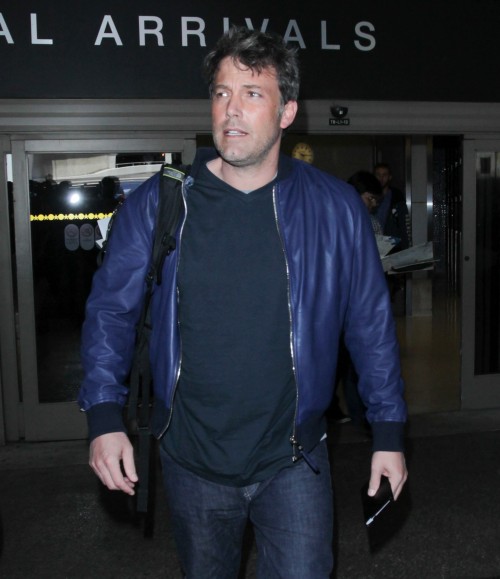 Has Ben Affleck fallen back into bad habits in the wake of his split with Jennifer Garner? Ben has admitted to struggling with demons over the years, but are they back? Ben Affleck was on Any Given Wednesday With Bill Simmons, an HBO sports talk show, and seemed out of control, slurring his speech and ranting. TMZ and other outlets pointed out Ben Affleck’s slurred speech and vulgar ranting.

Was Ben boozing backstage before he came onto the show? The subject of Ben’s rant was Tom Brady’s scandal – “Deflategate” – and the Oscar winner went off in a big way, hurling expletives and sounding out of sorts. Is this a warning sign of personal problems?

Is the split from Jennifer Garner, but with no divorce yet, taking its toll? Affleck ranted, “Deflategate is the ultimate bullsh-t f-king outrage of sports ever… It’s so f-king stupid!” So is that someone who had a little too much to drink talking?

Or is Affleck just an impassioned sports fan? If you listen to the rant (see video below), you have to admit Ben Affleck seems off. His face is a bit flushed and his speech is not entirely coherent.

Perhaps he wasn’t boozing before his appearance on the show – maybe Ben Affleck just had dental work done and his mouth was numb. Whether he was drinking or not – he appeared less than composed and coherent.

Pretty much his entire conversation with Bill Simmons, on the premiere episode of the new HBO show, was expletive-laced. He went on and on about Brady being suspended for “a quarter of the regular season” and equated it mathematically to a baseball player sitting out 40 days.

It’s at this point in the interview that Affleck’s speech really got slippery. See the 15-second mark of the video. In fact, it was less of an interview and more of a vent opportunity for the hard-core Patriot’s fan.

Affleck said that the QB’s suspension was the equivalent of punishment for steroid use. Affleck went on to rant that Tom Brady was right not to hand over his cell phone and says “Tom Brady is so f-ing classy” then talks about how the NFL leaks information, how they have terrible steroid screening processes, and generally indicted the NFL.

Social media blew up after Ben’s appearance on the show where he dropped 19 f-bombs. Granted it’s HBO, but still, that’s a lot of f- words for a discussion about balls. Some tweets called out Ben Affleck’s appearance as troublesome and said he screamed “despair” while another tweeted “Is Ben Affleck drunk and botoxed on #AnyGivenWednesday.”

But Patriots fans showed Ben the love with one Pats’ fan tweeting, “All of Patriots Nation says thank you and owes you a debt of gratitude.” It’s not that Ben Affleck was off the mark in what he was saying – it was his appearance and delivery that had people concerned. The actor made a particularly salient point when he called out the NFL for not addressing domestic violence issues among players. 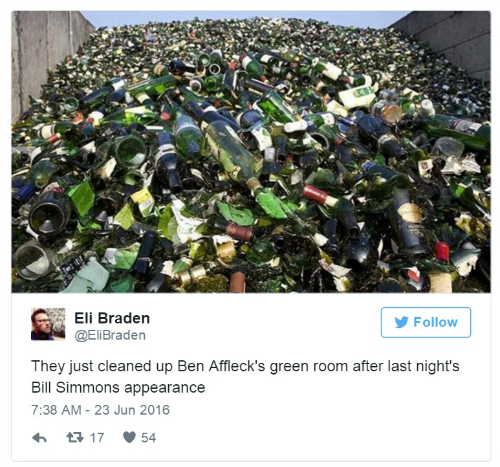 So was Ben drinking before the show? Did he knock back a few with Bill Simmons in the green room or before he showed to the HBO studio? Or was Ben Affleck just so riled up about Deflategate that he couldn’t contain himself? Is Ben perhaps depressed about his split from Jennifer Garner and acting out – or is this just guy stuff from a hardcore Boston sports fan?

Watch the video then share your comments below. And be sure to come back to CDL often for all your latest celebrity news and gossip.