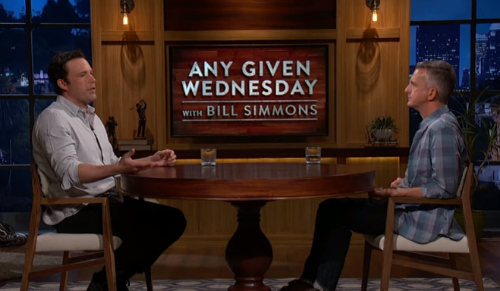 Ben Affleck was quick to blame ex Jennifer Lopez for his failing career on his unusual appearance on the HBO sports talk show Any Given Wednesday with Bill Simmons. You might remember that Affleck had a series of flips a decade or so ago.

There was Daredevil, Jersey Girl, the shockingly bad Gigli, and perhaps the worst holiday movie ever, Surviving Christmas, among his worst-performing films during his J-Lo era. But why is he stuck on that when he Batman v Superman has raked in nearly $900 million?

Even 12 years later, talking about his career slump still is tough for Ben Affleck. He has no difficulty placing the fault on his failed movies on his broken engagement to Jennifer Lopez, which effectually put an end to the Benifer phenomenon.

Affleck said, “I had broken up with Jennifer Lopez and I had, like, three or four movies in a row that had bombed.” Their two-year relationship ended in 2004, but they starred in 2003’s Gigli, which started Affleck’s downward spiral. It continued the following year when Jersey Girl flopped at the box office.

It’s rather unfair for Ben Affleck to lay the failure of his professional career on his relationship. Seems like Affleck took his career slump personally. But everyone can’t be at the top all the time. Affleck had a lot to say in his expletive-laced appearance on the HBO show.

He dropped 19 f-bombs and appeared to be off his game. You can watch the video below – skip to the 17 minute mark to see the start of Ben Affleck’s segment as he ranted about Deflategate and Jennifer Lopez.

Apparently Ben Affleck couldn’t get over his box office movie bombs. Affleck talked to Simmons about his low point and being the butt of a punch line in comedian Robert Wuhl’s stand-up that was airing on a United Airlines flight he was on. 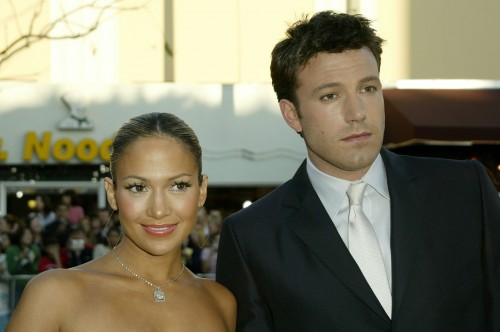 Affleck told Simmons, “So that guy had to look around and go, ‘Who’s below me that I can s–t on?’ And he picked me. He did a whole bit about me that I saw on United Airlines and I [thought], this is it, it really doesn’t get much worse than this.”

Poor Ben… He went on to say he decided to start directing, which according to Affleck, was what actors who were beyond their suck stage did when they couldn’t get a hit movie. He vowed to work harder than everyone else, and to hell with the haters.

Seems like Ben is pushing his own failure onto Jennifer Lopez. But J-Lo didn’t choose his scripts or sign his name on the contracts for those movie flops. But maybe there’s some jealousy there too. Jennifer Lopez’s career never bottomed out – unlike Ben’s…

Besides, Affleck bounced back and won a Best Picture Academy Award for Argo in 2012. And that’s not his first award from the Academy. Don’t forget his screenwriting Oscar for Good Will Hunting that he won with his BFF?

We get that Ben may be having a tough time dealing with his split from Jennifer Garner. But why is he dredging up drama from a dozen years ago? Rehashing the past isn’t going to resolve his present troubles.

Interestingly, Ben referred to Jennifer Garner as his wife, as in present tense. That’s a puzzler. Is there a reunion in the works or is that just wishful thinking that came out in his rant that has many watchers wondering if he was tippling before the show.

What do you think? Does Ben Affleck need to let go of any lingering Jennifer Lopez issues? Isn’t that long overdue? Share your comments below and check back with CDL often for all the latest celebrity news and gossip.