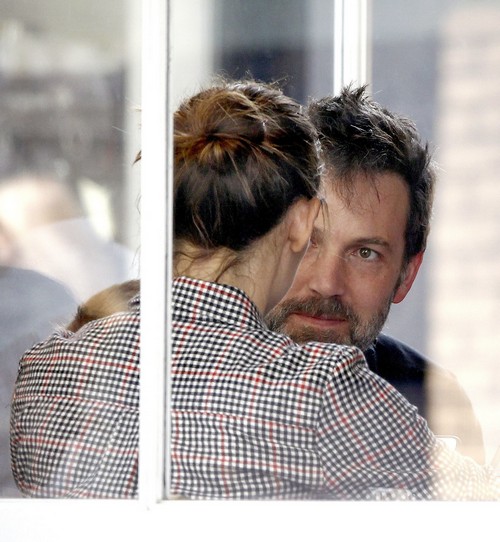 Ben Affleck and Jennifer Garner’s reconciliation is definitely off. And, Jennifer Garner is livid over his hot new blond girlfriend. It really looked like Jen and Ben might be nearing the light at the end of the tunnel, all the signs were there – they still hadn’t finalized their divorce and they were spending a bunch of time together.

It seemed like the couple still had a chance, that is until Ben Affleck got caught in an Uber sneaking around with a blond woman behind Jennifer Garner’s back.

Ben Affleck’s Uber driver told all to the Miami Herald, and according to the driver – Ben and his blond girlfriend were not in the greatest moods when he picked them up. He told the Herald that Affleck was very “surly” and it was obvious Ben and the woman had been arguing before they got in the car.

The Uber reportedly picked them up at The Standard Hotel and dropped them off at the airport, Ben had been checked in at the hotel under a fake name to try and keep his rendezvous with the woman quiet. Unfortunately, he got stuck with a very chatty Uber driver.

You would think by now that Ben Affleck would realize everything he does in the dark will come to light. Fake names, disguises, nannies, Las Vegas secret trips – none of it works. If Ben Affleck is doing some dirt… Jennifer Garner is going to find out about it, thanks to the media.

But then again, Jen keeps taking him back again and again, and still hasn’t finalized the divorce, so in all honesty, why should he even bother covering up his tracks anymore?

What do you guys think, is this the end of Jen and Ben’s reconciliation? Is the new blond woman in Ben’s life finally going to be the last straw for Garner? Let us know what you think in the comments below!

Jennifer Garner is pictured heading out from her home in London, England on May 23, 2016. Jennifer is currently staying in London during the filming of ‘Justice League’. FameFlynet