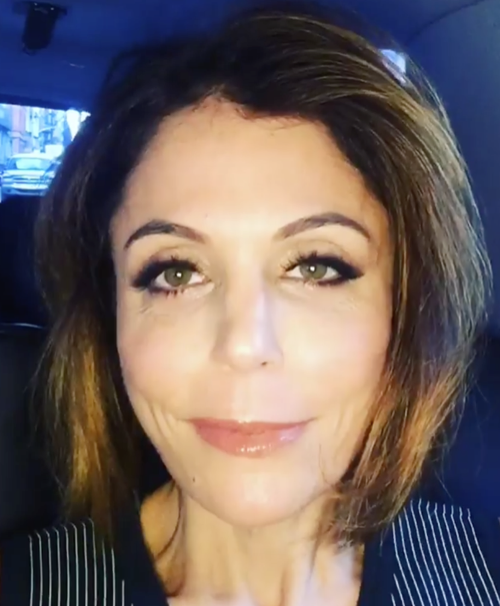 Is Bethenny Frankel engaged to Dennis Shields? Bethenny is upset with just about every member of the cast of ‘The Real Housewives of New York City’ season 8. However, Bethenny especially has it out for Luann de Lesseps and we’re discovering that it might be because Luann ruined huge engagement news Bethenny Frankel planned to share about her romance with boyfriend Dennis Shields.

Tamara Tattles has a fantastic blind item that certainly is juicy enough to indicate that Bethenny is super ticked at Luann for running around telling everyone how in love she is with Tom D’Agostino. Then out of the blue Luann is telling everyone Tom is her soulmate and Tom wants to marry Luann.

Tamara Tattles spills as much as she can in her blog without given out any names, but those that read Tamara’s blog on a regular basis are smart enough to figure out Tamara’s clues.

In a nutshell the well-informed blogger writes that Fran – allegedly Bethenny – Fran taken from FRANkel – had some really big romance news she wanted to share with the ‘RHONYC’ cast. This news would have been the highlight of the entire eighth season. However, Tess – allegedly Luann – Tess taken from CounTESS – beat the Skinnygirl mogul to the punch.

Let’s face it, Bethenny getting engaged would bring in huge ratings for Bravo. Especially since Bethenny said she would never get legally married ever again. Another Wedding by Bravo for Bethenny? Wasn’t one enough?

Luann de Lesseps reportedly beat Bethenny to the punch on the engagement announcement. Tamara Tattles revealed that when Luann shared the happy news of her engagement to Tom this enraged Bethenny and she set out to destroy Luann, forcing the ladies of ‘The Real Housewives of New York City’ to take sides.

This is reportedly why Ramona Singer and Sonja Morgan decided to divulge that they had dated Tom, too. Luann was under the impression that Ramona went out on a few dates with Tom, maybe as many as seven, but it was no big thing. Ramona hasn’t come out and said it was a big romance, but she hasn’t said it wasn’t either.

Sonja stepped up to the plate and revealed that Tom texts his ex-girlfriend every single day telling her “I love you, I love you, I want you back.” And, by the way Luann, Tom gave this ex-gal pal a gold bracelet for Christmas. Oh, and another tidbit from Sonja, she had been with Tom at about the same time Luann and Tom were falling in love.

It certainly seems as if Bethenny Frankel tried to find a weak spot and employed the help of Ramona Singer and Sonja Morgan in order to destroy Luann’s relationship with Tom.

Obviously Bethenny’s plan didn’t work because Luann de Lesseps announced that she and Tom D’Agostino will marry on New Year’s Eve 2016. According to Luann the wedding will definitely play out on season 9 of ‘The Real Housewives of New York City.’ Interesting timing don’t you think? Looks as if Luann will get her Wedding by Bravo!

Can u guess which flavor we’re sampling #chicago? @skinnygirlbrand #skinnygirlselfie