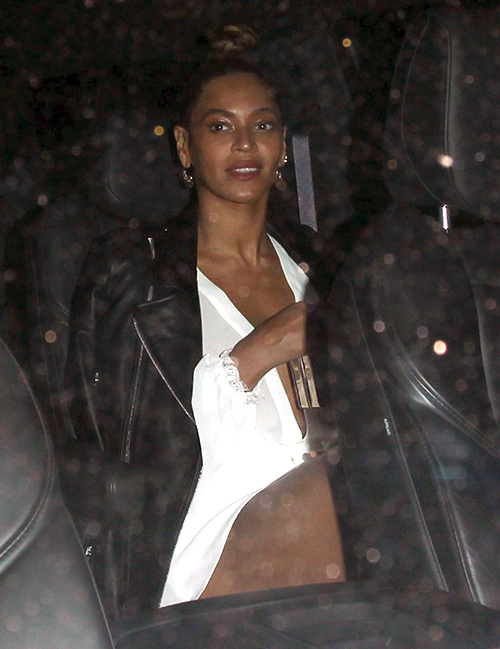 Beyonce and Jay-Z divorce reports have been gaining momentum over the course of the last months. If there ever was a time to believe that Jay and Bey’s marriage is over, then it would be now. All of the red flags are there, and Beyonce’s lack of love on social media for her husband on her anniversary I just adding to the fire.

On April 4, 2016, Jay-Z and Beyonce celebrated their eighth wedding anniversary – but it looks like they may not have celebrated the special day at all. Eagle-eyed Beyonce fans were shocked when the singer didn’t even acknowledge her wedding anniversary on any of her social media accounts, and neither did any of the members of her family (her sister Solange or her mother Tina).

Jay and Bey’s marriage has been rumored to be a sham for years – but it looks like the singer and rapper have grown tired of keeping up appearances. Earlier this year, divorce rumors spiraled out of control when sources claimed that Beyonce took off her wedding ring and had a drunken meltdown at her pal Kelly Rowland’s birthday party. Word on the internet was that Bey had a bit too much to drink and was telling anyone who would listen that her marriage to Jay-Z was over, until of course her mother Tina intercepted and quieted down her daughter.

At this point, it would be shocking if Beyonce and Jay-Z didn’t file for divorce by the end of 2016. Between Jay’s alleged secret love child, the fact that they sleep in separate bedrooms, and Bey’s husband’s jealousy of her booming career – the odds are stacked against the iconic couple. Beyonce snubbing her eighth wedding anniversary only confirms the imminent divorce.

What do you guys think? Are you shocked that Jay-Z and Beyonce’s marriage is nearly over, or are you just shocked that they made it this long without filing for divorce?