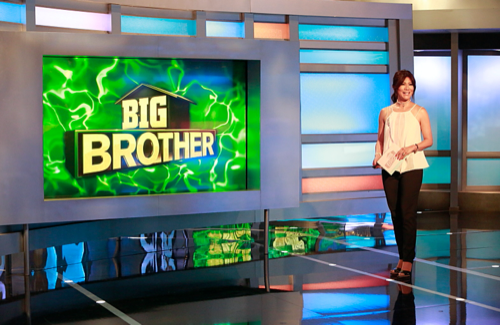 Tonight on CBS Big Brother 18 airs with an all new Sunday, July 3, season 18 episode 6 and we’ve got your Big Brother 18 recap down below! On tonight’s episode, nominations for eviction are revealed.

On the last episode, another houseguest was eliminated during the live eviction. We ended up seeing Jozea being sent home. Did you watch the last episode? If you missed it we have a full and detailed Big Brother 18 recap, right here for you.

On tonight’s BB18 as per the CBS synopsis, “tonight the nominations for eviction will be revealed.”

#BigBrother18 #BB18 starts with the end of the Head of Household competition we say starting at the end of the Thursday LIVE elimination show. Natalie is upset because she’s the first one out. Paul is desperate to win HoH now that Jozea has been sent home.

Frank talked to Victor right before the HoH comp to tell him that Paulie is cool with Victor and that Victor is the strongest player and Paulie isn’t holding it against him for voting against him. Frank is lying. Victor is unsure and is also trying really hard to win HoH.

The competition continues on. Everyone seems to be playing hard. Everyone gets faster the further it goes along. Tiffany is tired so she jumps out when they’ll only lose one berry. That leave Corey to finish it. Corey fell off and that took the Freakazoids out.

James is ready to make a move and throw the comp so that his team won’t be able to make the nomination. James goes out with a long column so that really screws them over. #Category4 is ready to take the HoH berry and Michelle and Bridgette tell Paulie to grab it.

He gets the giant blue berry and heads back. Category 4 wins and can’t be nominated and Paulie is the new HoH. Paul is upset and thinks the BB “universe” hates him at this point. Bronte, Victor and Paul are all in a panic. Victor cries over Jozea’s eviction in the Diary Room.

After the HoH, everyone comes back into the house. Da’Vonne is happy that Paulie won HoH and is happy she’s safe and Paulie and Victor will battle it out this week. Paulie is thrilled too. Paul thinks he needs to make some moves fast to save himself.

The 8-Pack alliance does a happy dance and they talk about how James threw the comp without looking like he did it on purpose. Natalie is worried since she voted against Paulie and he’s now HoH. James talks to Natalie who’s upset then goes back to the kitchen.

Bronte and Paul talk and she says Natalie didn’t vote against them and says the four of them stuck with the plan to against Paulie. She says Day and Z voted to send home Jozea. Paul tells her he believes her. Bronte seems to have figured out some of the scheming.

Victor and Paul talk about how they need to win PoV and Roadkill. Victor talks to Paulie and tells him that he and Paul can be loyal to him even though they voted against him and tells him the girls have better numbers than the guys and he can help him.

Paulie asks them where Natalie’s head is. Paulie works Paul and tells him that he likes and trusts him but says he’s not sure if he trusts Victor but knows Victor is Paul’s boy. Paulie tells Corey and Paul that Victor will put them up since they’re physical threats like him.

Paulie tells Paul that he’s a competition beast. Paulie promises to keep him safe. In the Diary Room, Paul rants that he doesn’t want to be put up as a pawn against Victor but has no choice. Da’Vonne and Nicole talk about James flirting with the girls.

Da’Vonne says he will flirt with anyone. There’s a montage of James flirting with girls. Da’Vonne thinks he needs to leave the girls alone. It’s nomination day and the houseguests sit down at the kitchen table. Paulie nominates Paul and Bronte.

Paulie says he nominated them because he’s not sure where their heads are at in the game and because they came after him. Paulie plans to backdoor Victor for treating him like junk last week. Bronte is ready to change her game and says she can’t trust boys.

Paul thinks this will work for him and he doesn’t want Victor to go home, but he has to worry about his own game. Natalie tells Bronte to stay calm and let Paul self-destruct. James agrees and tells Bronte she can win the veto.

Bronte decides to fly under the radar and keep her mouth shut this week. She tells them she doesn’t think she’s the target. Victor is shocked and was certain that he was going to be on the block with Paul but isn’t sure if he might be part of a backdoor plan.

Victor tells Paul he thinks they might try and backdoor him and Paul asks what does “backdoor” mean. Wow – totally clueless about standard Big Brother terminology. Victor says he needs to play in the veto and win it and also needs to win Roadkill to avoid a backdoor if he can.

Corey listens to Justin Bieber and says he has the voice of an angel and asks if the Biebs has a Christmas album then talks about how much he loves Christmas. Corey says his house is decked out for Christmas and Victor says he doesn’t get into that.

Corey talks about an eight-foot-tall Santa he has and how he makes cookies. James comes in and Nicole says Corey should make cookies. James hears the Christmas talks and walks right back out. James hides in the bed to scare Bronte and Natalie giggles because she knows.

He scares Bronte bad and the girls go off in giggle fits. The #RoadkillRV pulls up and they hear the honk for #BBRoadkill. Paulie is first into the RV and heads inside. They have to add up items that equal $18 and hit a buzzer. Paulie works fast. He gets it wrong.

Da’Vonne knows her numbers as a poker dealer and thinks she can do it fast. Nicole rushes and worries. Tiffany says she can’t get it to make sense even though she’s a math teacher. It’ll be down to who does it fastest. James gets it wrong at first, too.

Natalie says she hates math. Michelle can’t add too and is annoyed at herself. Corey thinks it’s a head scratcher and tries to work it out by averaging. Frank wants to be back-to-back Roadkill winner and hustles. Paul is going top speed in a panic.

Paul says he’s on the block and needs to win this so he can cause some drama. Victor is nervous and says he might be on the block if someone else wins it. He hurries as fast he can. Victor says he’s good looking but is smart too since he’s a finance major.

Later, they all line up to find out who won it. They each go to their tackle box just like last week. They all go look and see how they did. James hopes Victor didn’t win it – but turns out he did. Paulie is upset and hopes Frank won – he didn’t.

Victor is thrilled to see he won. He thinks this is the icing on the cake for him and he wants to figure out how to best use it to his advantage.

Everyone heads back inside wondering who won. Victor is relieved that he won’t be the third nominee. He goes with Paulie into the storage room and tells him that he won. Paulie is surprised he told him. Paulie is happy to know so he can tell everyone else in his alliance.

Victor tells Paul he won Roadkill. Paul tells Victor that they’re sitting ducks and the others are playing against them but Victor said, I don’t think so bro. Paul tells him not to tell anyone else he won RK but it’s too late already.

Victor tells Paulie and Frank he hopes they’re not playing him. Frank leaves him to talk to Paulie. Victor says he wants to put up James since he’s pissed him off so many times but is also thinking about Tiffany. Paulie wonders how to get him to do what the alliance wants.

They are all called in to find out the #RoadkillReveal. It’s Tiffany. She rolls her eyes. Tiffany joins Paul and Bronte on the block and Bronte whispers to them – we’ve got this. Tiffany knows that Victor is the target but she’s still worried.

Da’vonne knows they need to control the veto so their plan stays in place. Victor is determined to win the veto to save himself and Paul so he can send one of the girls packing. The episode end with Tiffany crying (of course)!