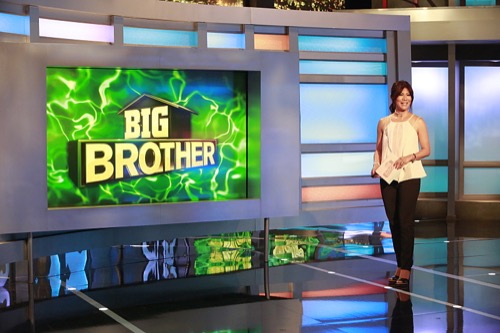 Tonight on CBS Big Brother 18 airs with an all new Thursday, July 7, season 18 episode 8 and we’ve got your Big Brother 18 recap down below! On tonight’s episode, another houseguest is evicted from the compound.

On the last episode, the house guests went head to head competing for the Power of Veto. Did you watch the last episode? If you missed it we have a full and detailed Big Brother 18 recap, right here for you.

On tonight’s BB18 as per the CBS synopsis, “it’s eviction night, another houseguest will find themselves leaving the compound.”

#BigBrother18 #BB18 tonight is LIVE eviction night and Victor seems to be likeliest to go. The show picks up after the Veto Meeting with Victor upset about his backdoor nomination by Paulie. Paul is thrilled to be off the block.

Paul says he feels bad for Victor but has to go with the house and watch his back. Victor hopes he can get the others to go after Tiffany. Victor talks to the camera about wanting to stay and how he’ll do everything he can.

James thanks Victor for not putting him up as his Roadkill nominee and Victor is trying to get #TeamUnicorn on his side. He talks to Bronte, Natalie and James about voting for Tiffany. Natalie is non-committal.

Natalie is BFFs with Bronte and knows she won’t vote for her but isn’t sure who she’ll vote for yet. Tiffany tells Bridgette she wonders if the guys have noticed the numbers are far more in favor of the girls. Bronte is there too as Tiffany starts scheming.

Tiffany starts talking up Frank as a danger in the house. Tiffany says Frank is a beast and hates to be wrong then asks Bridgette not to tell Frank what she said. Later, Frank and Bridgette talk about #Category4 and he wants to get closer to her.

She tells him he’s so good at the game and she thinks she’s at the bottom of the totem pole he’s building. He says he’s cool with everyone but Tiffany and Bridgette says that Tiffany doesn’t like him and Bridgette says Tiffany wouldn’t do it herself.

Frank says Tiffany is buddying with her to get him out. He says he wouldn’t mind sending Tiffany home. He says he wouldn’t tell her this but he sees Bridgette as a little sister and trusts her. She seems happy. Natalie talks about winning HoH and not putting up a girl.

Tiffany agrees. James comes in and Tiffany complains. He leaves and says they can have girl time. He goes upstairs and tells Frank and Paulie about the girls huddling up and then stop talking when he comes in. Frank says Tiffany is trying to build an all-girl thing.

He tells them what Bridgette told him and James says Vanessa did the same sh*t. They talk about taking girls out to deal with this. Paulie asks if they should keep Victor this week and James says Tiffany is a ticking time bomb.

Paulie learns about the 8-Pack

Nicole and Corey then talk to Frank and he says maybe they should tell Paulie about the 8-Pack. Nicole says later you have to agree with Frank instead of debating with him so she agrees. Later, Paulie comes up to his HoH room.

Frank tells him that one day when Paulie wasn’t up there, they talked and he happened not to be in the room. Frank says the girls came up with alliance name and it’s stupid. Corey says he wasn’t left out intentionally, he just wasn’t in the room.

Paulie isn’t worried but is happy to know. Corey says don’t worry, it’s not even a thing. Frank tells Da’Vonne that he talked to Paulie since Tiffany is on edge and she could go to him and throw off the plan. Frank says Paulie wasn’t mad but she’s not sure.

Frank says he’s not mad and it’s all good. Day thinks Frank was covering his own a** and isn’t happy. She now thinks she needs to keep Tiffany to get rid of Frank since she thinks he’s a rat. Frank tells Zakiyah they had to tell Paulie about the 8-Pack.

He says if Tiffany told Paulie because she’s paranoid, it could blow them up. He says if Paulie mentions it, laugh it off and call it stupid. Zakiyah is cuddling later with Paulie and he says he trusts her, Corey and she says she trusts Nicole and Day.

Paulie suggests an alliance of five

Paulie says those five can be an alliance. Zakiyah then talks to Nicole and says Paulie told her he felt like different groups have been formed and she tells Nicole about the five of them they agreed to. Da’Vonne isn’t happy about the two showmances.

James wonders why not Frank. James says this is crazy. He says it’s bad and every man for themselves. D’Vonne starts crying. What we didn’t see tonight – but you can read in the live feeds post from CDL – is that it’s Day that has been driving a split in the alliance.

Da’Vonne got what she wanted and now she’s fussing and, ironically, crying since that’s a pet peeve she has against Tiffany. James tells Da’Vonne that he feels solid about just the two of them and she agrees.

Now it’s pre-vote statements. Bronte says she hopes to stay in the game and gives a shout-out to her folks back home. Victor does a weird accent and then says keep me, it’s been great and tells America to follow him on Instagram. Tiffany makes her appeal.

The votes to evict are…

Victor comes out to talk to Julie after he’s evicted and she asks what happened. He says he wasn’t sure but he felt like a sitting duck since Natalie wouldn’t even look at him the same. He says he felt it. Julie says the vote was 9-1.

He says Paul is his boy and is certain that Paul was the one who voted for Bronte, not him. He says he tried to talk to everybody and Julie says that’s the problem – he told Nicole he was coming for her, then told people he won the Roadkill comp.

She asks if he regrets loose lips. He says since he’s out here, yes. Victor says he thought that he could gain trust by being honest but it backfired. Julie says honest in the Big Brother house. She asks if he could play again, would he do it differently.

He says Jozea got him in trouble and he misses him and would make different alliances. We see his videos. Natalie says she hopes he learned to be nicer to women. Bronte says he’s a beast in comps but his social game was off.

Paulie says it was gameplay, nothing personal and he’s coming to New Orleans to see it. Paul tells him he blew it and he was trying to drop hints but he wouldn’t listen and says he’s going home next but won’t go home without a fight.

Victor tells Julie it was an amazing experience. Julie says this may not be goodbye and tells him about the Battle Back twist. She says one of the first five evicted will get the chance to get back into the game. He’s thrilled. Julie thanks him and he gets loud applause.

Now it’s time for the Head of Household competition. Who will win HoH? Paulie can’t play and it looks tennis themed. The comp is called “Kiss My Ace.” They will play in teams and they have to serve the tennis ball into numbered slots in their court.

In Round One, Bronte is eliminated from the comp. The next four step up and the result is that, in Round Two, Michelle is eliminated. Now Round Three – this time Nicole and Da’Vonne tie with the lowest and are eliminated.

In Round Four, James is eliminated. Round Five takes out Frank. In Round Six, Corey is knocked out of the HoH comp. Round Seven sees Zakiyah out of it. Now it’s down to one player on each team. Round Eight knocks out Tiffany and #TheFreakazoids are done.

Round Nine takes out Natalie and that’s #TeamUnicorn. Now it’s Bridgette vs Paul. Round Ten eliminates Paul and Bridgette is the new HoH and #Category4 is safe for the week. That means despite the scheming, Frank is bullet-proof and so is Paulie and Michelle.

HoH for Week 3 is Bridgette!!

Julie asks Bridgette how it feels to be HoH and she says she’s shocked and excited. Julie asks if Paulie has any advice and he says enjoy the room baby girl. Julie says enjoy and wishes them all a good night.

Sunday night will be Bridgette’s nominees and the Roadkill competition. Be sure to come back to CDL for LIVE recaps of all episodes for all of BB18 and Big Brother 18 spoilers from the LIVE feeds.