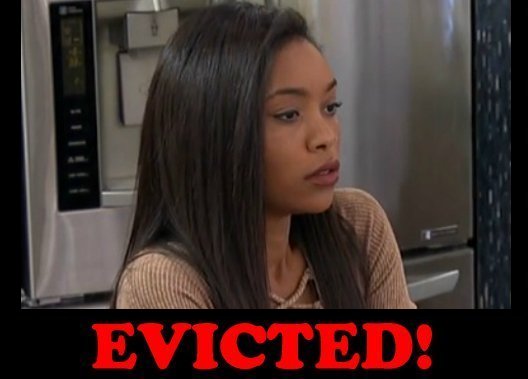 Tonight on CBS Big Brother 18 airs with an all new Thursday, August 11, season 18 episode 24 and we’ve got your Big Brother 18 recap of the LIVE Double Eviction down below! On tonight’s episode, another houseguest is evicted from the compound.

On the last episode, the houseguests went head to head for The Power of Veto. Did you watch the last episode? If you missed it we have a full and detailed Big Brother 18 recap, right here for you.

On tonight’s BB18 as per the CBS synopsis, “another houseguest will leave the compound and be eliminated from the competition.”

#BigBrother18 #BB18 is a #DoubleEviction night. As we start, Michelle and Zakiyah are on the chopping block. But first we get a look at how the house has changed course in the last couple of days. Bridgette doesn’t like that Paulie has the house wrapped around his fingers and wants to change the game.

Paul says Zakiyah and Nicole but Paulie says Paul is safe and they should keep them. Paul isn’t happy because he’s doing everything for Paulie and realizes it’s all about what Paulie wants. Paul says they need to fire a serious shot and tells Paul he’s going to take shots. Paulie says again he’s gunning for Natalie.

The plan to oust Zakiyah and target Paulie unfolds

Michelle talks to Natalie and James about sending out Zakiyah. James says Michelle needs to have people lined up to vote the way she wants. Bridgette comes in and James tells her about what Michelle asks and says that Meech won’t tell him who wants her to stay but Natalie and Bridgette tell him they want her.

James says he needs to plot, shake things up and play some Big Brother. Natalie, James and Bridgette go tell Paul that they’re all getting boned. James says Paulie has been using them to target who he wants out. Bridgette says Paulie told her that he trusts Corey most in the game and no one else.

Paul is stunned by all the Paulie info and says this confirms his suspicions. Paul is ready to clip Paulie and says he’ll vote with Meech. James and the others talk about whose two votes to cancel out to keep Meech. James tells Paul he’ll cancel his vote and Paul says to also cancel Corey’s vote.

Julie then tells the houseguests it’s a Double Eviction night. Zakiyah says she’s had a great summer and hopes she gets to stay. Michelle says she wants to educate people that they are handing Paulie the win and says Natalie didn’t deserve the way that Paulie has treated her and says he blew up his game.

Julie tells James to pick two votes to block and he blocks Corey and Paul’s votes, as expected.

The votes to evict are…

Nicole – Michelle (but she says she knows Michelle is staying)

Julie says it was 3-2 and Zakiya is evicted from BB18. She hugs Paulie so tight. He acts like he really cares. Their hug goes on quite a while. She hugs Nicole and Paul then Corey.

Julie greets Zakiyah and tells the houseguests to watch to see what kind of ticket that Zakiyah has. They gather to watch as Julie opens the envelope. It’s a One Way Ticket. That means Z is going to the jury house. Paulie actually blows her a kiss (jerk!).

Julie asks her what she thinks about Paulie not keeping her safe. She says she’s sad but he has to do what’s best for his game. She says she wishes he pulled her off the block with the PoV but it is what it is. Julie asks her about her showmance with Paulie.

Julie asks if she’d still be in the house if she played the game and wasn’t so involved with Paulie. Zakiyah says she has no regrets but her family probably thinks so. Julie asks about a future with Paulie and Z says she hopes so, but doesn’t know where his head is at.

Zakiyah says she enjoyed the experience, enjoyed the game, loves the show and is happy to be there. Julie sends her off to the jury house. Next is the HoH, nominations, PoV and then another veto tonight!

The HoH comp for the second eviction

They are playing Statcathlon and all but Victor are playing for HoH. Julie will read statistics to them and they have to decide if it’s more or less than what she’s quoting. It’s single elimination and last standing is HoH.

#1 How long was Glenn part of Big Brother from the time Frank came out of the suitcase until he left? More or less than 20 hours? Paulie and Bridgette say less. They are out of it.

#2 In Perfect Shot comp, how many total points were scored with red balls? More or less than 100 points? It’s more and that makes Corey the new HoH.

Corey is HoH – who will he nominate?

Corey talks to James, Paulie, Victor and Paul. Corey tells them he wants to nom Bridgette and Michelle. Paulie says he doesn’t want to say anything to seem forceful. He asks if they’re all on the same page. James says it’s his HoH, do what you want.

They tease him about winning HoH in a round where he won’t get a room. Julie calls the houseguests in for the nomination ceremony. Corey nominates Michelle and Bridgette. They take the nomination chairs. Julie says the LIVE Veto comp is next. 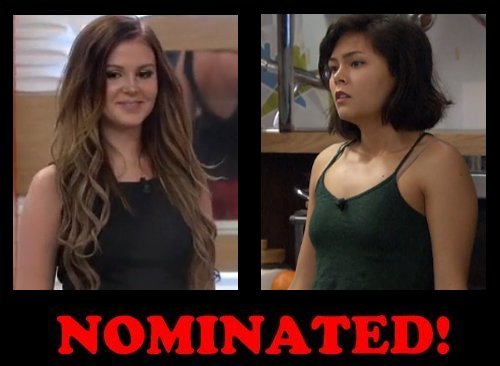 The houseguests are in the backyard for the PoV. Paul, Bridgette, Corey, Michelle, James and Nicole are playing in the PoV comp. They have to dig three clocks out of a ball pit and then grab a veto icon and buzz in. Bridgette, Nicole, and Michelle are first to find.

Nicole finds her second fast. James seems to be throwing the comp. Corey pulls into the lead followed closely by Nicole. Corey wins the PoV. He must have been sandbagging all this time when he wasn’t winning any comps.

Bridgette congratulates him on winning and says she knows he probably won’t pull her off the block. Michelle says she knows she’s a dead man walking and doesn’t expect him to use it. Corey doesn’t use it, as expected.

Michelle says her goal was to blow up Paulie’s game and she accomplished so she’s so happy and ready to talk out the door happy. She says Jozea was right and Nicole was a snake who tried to make a deal with her before the Double Eviction. 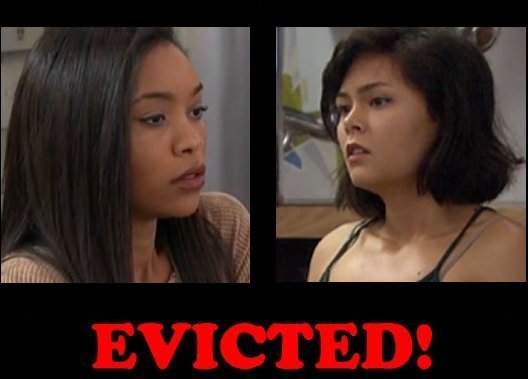 Bridgette tells Natalie to stand up for herself and says she loves her. Bridgette comes out to tons of applause from the audience. Julie takes her envelope and tells the houseguests to gather and see what ticket that Bridgette has.

Michelle is still crying. Julie opens the envelope and we see it’s a One Way Ticket. The crowd groans. Julie says one of them is still holding the Round Trip Ticket. Julie asks Bridgette if she’s surprised she was evicted instead of Michelle.

Bridgette says she doesn’t know what happened and thought she had a good group of people to have her back. She says she has a messed up ankle and wobbly knee and she’s strong and speaks her mind and maybe that was too much for her.

Bridgette says she doesn’t regret helping expose Paulie’s game. The #BBCarePackage votes are still going on. The next one, Super Safety, will be awarded on Friday night.