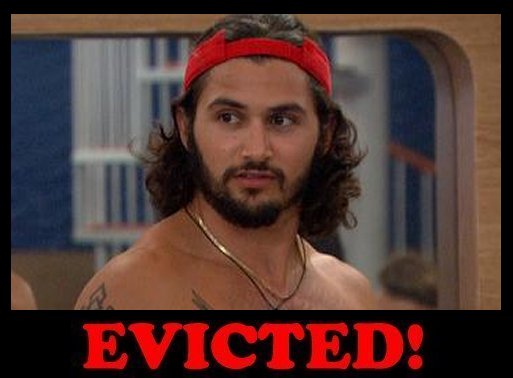 Tonight on CBS Big Brother 18 returns with an all-new Tuesday, September 13 episode and we have your Big Brother 18 recap below!  On tonight’s episode, there will be the PoV, PoV Cermony, a special eviction & a New HoH crowned, a busy evening!

If you missed Sunday’s episode where the new HoH Corey nominated Paul and Victor for eviction, we have a full and detailed recap, right here for you!

On tonight’s episode as per the CBS synopsis, “the PoV and PoV ceremony will be held can Paul or Victor win and take themselves off the block?  Tonight will be a busy evening because we will also have a special eviction and a new HoH will be crowned”

#BigBrother18 tonight is a surprise eviction the #BB18 houseguests were not expecting. Julie Chen has them all gathered together to let them know what’s going on and that someone is headed to jury tonight as the seventh juror.

We start right after the Nomination Ceremony when Corey put Victor and Paul on the Chopping Block. Corey is hoping to get Victor out this week since he’s a challenge. Victor says in Diary that he has no respect for Corey and Nicole.

Paul says it’s like de ja vu and they’re getting screwed over again. Paul is angry that Corey didn’t look him in the eye during nominations. Paul says Corey is a coward in the Diary Room. Nicole, Corey and James talk and confirm plans not to use the PoV.

They hug it out and Corey says the other guys are hurt. Nicole says they should have expected this and they can’t be that mad. Paul goes into the pantry and they hear the door shut loudly and think that Paul slammed it.

Paul and Victor are in the safari room camera talking together. Victor says he’s mad that they put him on the block when he thought he can trust him. They debate talking to them but Victor says he won’t be buddy buddy.

Paul says it doesn’t have to be tense and he goes to work his magic. James is down in the kitchen with Victor while Paul goes up to the HoH room. Corey tells Paul that he knows Victor is upset. Paul asks if this can be salvaged.

Paul says Victor is sad and plays emotionally. Corey calls Victor upstairs to HoH. Corey tells him that it hurt him to nominate him but it was 100% strategic. Victor says he wouldn’t have done it and he would have sent James home because he trusted their alliance.

Victor says he doesn’t see them as friends in the house and if he wins veto, it’s on. He says if he stays, he’s gunning hard for them and says he probably should have sent one of them home and he’s kicking himself for it.

Paul thinks Victor is costing himself and will definitely go home since he’s being confrontational. Victor walks out mad. Next up is the #BBComics challenge. They play individually and they zipline past comics and then have to choose matching ones.

Paul plays first and he’s up the ladder and onto the zipline. There are decoys as well which makes it harder. He zips past and then drops down and he’s got a strategy. Paul points out subtle differences in the comics and is happy to see his hero name is Motormouth.

Power of Veto rolls on

Nicole is happy to see herself in her Super Safety suit and she likes that she’s on Corey’s cover with him. She gets it wrong too and has to slide again. She gets it wrong again. Next up is Victor and he’s off and running. He knows he’ll be evicted if he doesn’t win.

He’s happy to see he’s El Fit Vic on his cover. He gets four wrong the first time then three and then slides again. He’s down to one and slides again. It was Bronte hanging him up. Next is James and he’s actually playing hard this comp so he won’t be re-nommed.

James says he has a terrible memory. He gets distracted by the comic of Natalie. He gets most of them wrong the first time and the second time too. He sucks at this comp. He times out finally. Last is Corey and he’s also determined but can’t find the ladder.

He likes his Christmas comic and Big Meech’s cry baby cover. He gets more wrong after some changes and then finally gets it. Corey’s time was 20:37. James timed out. Nicole got 13:55. Victor got 29:35. Paul took 18:04. That means Nicole won PoV.

She’s happy and that means she and Corey have all the power this week. She killed the comp. Paul isn’t happy to lose and knows noms will stay the same but also knows if he lays low, Victor will go, not him. Victor follows Nicole into the bathroom and hugs her.

He says it’s okay and kisses her on the neck. He’s rubbing all over her. Victor is praying for a miracle that will keep him in the house this week.

Julie greets Derrick and asks him about the couplings in BB18 and he says it usually isn’t a good idea but it’s working. Julie asks him about ride or die and it costing you the game. Derrick says you never know for sure and says people get really close in the house.

He says it’s tough to break a genuine bond and says he would have chosen Cody at the end and they will probably save themselves and their partners. Julie asks about Cody taking him to the end. Derrick says you really don’t know what the jury thinks of you so that’s tough too.

Julie asks him about Nicole’s game. Derrick says her game play is similar to his season and that’s why they sent her out is since she was a good player. He says this year she sat in the shadows and is now stepping up. He says he thinks she’ll make it to final two.

Derrick says Victor would have been his pick but he’s on the block now and is rooting for Nicole now and thinks it’s overdue for a woman to win it. Nicole has to make her decision but we all know that she’s not going to use the Power of Veto.

Nicole calls for the Veto Meeting. Victor and Paul take their seats in the nomination cheers. Nicole says she’s decided not to use the PoV. No speeches or anything that we see. She adjourns the meeting.

Paul doesn’t want to campaign against Victor. He says one of the Sitting Ducks will be shot and he and Victor talk outside later. Up in HoH, James, Nicole and Corey talk about who they need to send home and who is the bigger threat.

Corey says as long as one of them is out, it’s good. Julie greets the houseguests and says Nicole and James will vote to evict but they get one last statement. Paul says it’s his sixth time on the block so he’s out of material.

Paul talks like Natalie and tells Victor that he’s his soulmate. Paul says Natalie took James for one hell of a ride and then he makes a snake joke about Nicole. Then he tells Corey he hasn’t hit first base with Nicole.

Victor jokes about Corey back stabbing and says he loves them and if he doesn’t vote him out, he’ll beat all of them and will win $500k. He says Paul is like his brother and they hug it out.

Voting for the inevitable conclusion – Victor is evicted!

Julie breaks the news. She says Victor is evicted and he says third time’s the charm but he hugs them all anyway. The hard feelings have died down some. Paul says he loves him and will see him on teh outside.

Victor goes outside and greets Julie with a hug. The crowd loves him. In the house, the final four hug. Julie tells Victor they have to stop meeting like this and she asks about the break in the alliance.

Victor says he should have seen it coming and he doesn’t blame them for taking a shot and loyalty has gotten him kicked out three times. He says it sucks that he trusted Nicole and Corey again. He says he loves Paul and he’s loud and wild.

Victor says they were totally loyal to each other and they balanced each other out. He says he thinks if Paul teams up with James, they can get far to the end. He says if James trust Nicole and Corey, Paul won’t have a shot.

Victor says he’s been evicted three times, nine comp wins, first comp of the season, three PoVs, so he got to play a lot of Big Brother. Julie says he’ll be back with the jury on finale night and will head to the jury house.

Nicole, James and Paul are playing in the comp while Corey is sidelined as outgoing HoH. They are playing “What the Bleep?” They see video clips and when a word is bleeped out, they have to figure out if Julie tells them the correct bleeped word.

They will do seven videos and the highest points will win. The first clip is Zakiyah’s eviction speech. The word bleeped is “see” according to Julie. All three get it right. Next is a video of Natalie who talks about James. The bleeped word was “be with” according to Julie.

Interestingly, it’s James that missed it. She said “care for.” James gets it wrong. Next is Paulie who says he will literally ? every one of them. Julie says “party with.” The phrase was “hang out with” and Nico takes the lead.

Paul wins the HoH on a tie breaker

Next is Meech at the veto ceremony and the phrase is “milk” and all get it right – it’s true. It’s James 2, Paul 3, Nicole 4. Next is Bridgette and the phrase Julie says is “stay and fight.”

The next is Frank and only Paul got it right and he ties Nicole 5-5 while James lags at 2 points. The last clip is Bronte and all three get it right. James is out and Nicole and Paul move to a tie breaker. They have to guess how long, in seconds, at the Slide in Theater comp.

Paul guesses 4800 and Nicole guesses 6001. Paul wins HoH and will be in the Final Three. He’s jubilant and leaps onto all of them hugging them excitedly.

Wednesday is another live eviction

On tomorrow’s episode, we’ll see the nominations, veto comp and a LIVE eviction. This will be the final veto comp and the final three will be revealed. Julie also promises drama in the jury house and an explosive confrontation.

Next week, on September 21, it’s finale night that will play out live. The final four talk as the episode ends. Nicole says one question got her and they discuss which questions they each missed. James should be most embarrassed.

Check back with CDL tomorrow for a LIVE recap of the LIVE eviction episode!