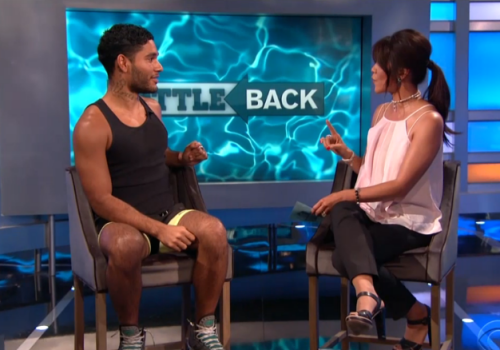 Big Brother 18 spoilers reveal that the twists just won’t stop coming in BB18 – ‘Battle Back’ is the latest of the gameplay shakeups revealed by Julie Chen on the Thursday, June 30 episode of Big Brother immediately after Jozea was evicted from the house by a 7-4 vote.

If you’re a fan of all CBS reality programming, you’ll easily recognize ‘Battle Back’ as the same thing as Redemption Island from Survivor. The idea is that the two most recently evicted houseguests will battle for a chance to get back in the game.

So when BB18 viewers (and houseguests) watched Glenn get sent packing as the Week 0 eviction, he didn’t go too far. Looks like CBS has Glenn stashed somewhere and now that Jozea has been elected as the Week 1 eviction, those two will face off. 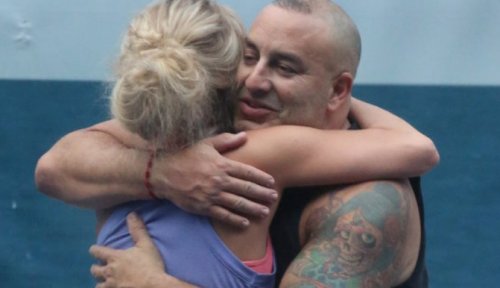 The winner of Glenn vs Jozea will face the Week 2 evicted houseguest and so on. Julie Chen revealed that the first five houseguests evicted will get the chance to play ‘Battle Back.’ Then the one still left standing will get to go back into the house and play on in BB18.

Of course, Big Brother 18 spoilers reveal that the houseguests still left inside the house have no idea that one of the people they sent packing will be back later. Although, if you remember in BB16, this has been done before.

In fact, one of the houseguests still inside the BB18 house was the one who got her chance to come back in the house – it was Nicole! However, her redux run at the BB16 house lasted just a hot minute and then Nicole was evicted for the second time.

But what was different in BB16 versus BB18 is the evicted houseguests that got a shot at redemption were all in the jury house – and that comes later. This year, though, the first five early out evictees will get a chance to head back into the house. 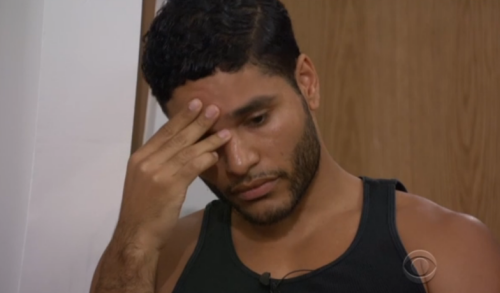 We’ll see how it goes. There will be four ‘Battle Back’ competitions until the last man (or woman) left standing goes back into the BB18 house. However, with the Roadkill comp already crowding the Big Brother 18 schedule, where will this comp fit in?

It looks like ‘Battle Back’ will not be played week by week, but all at once in four rounds. There will be a special episode of Big Brother 18, airing on July 22 where all four ‘Battle Back’ rounds will be shown along with the reveal of the winner.

What do you think BB fans? Do you like this twist that’s been done before but has been twisted slightly for this season? What do you think the reaction would be if Jozea came back into the house in three weeks? Would jaws hit the floor?

Share your comments below and check back with CDL often for the latest Big Brother 18 spoilers and news.