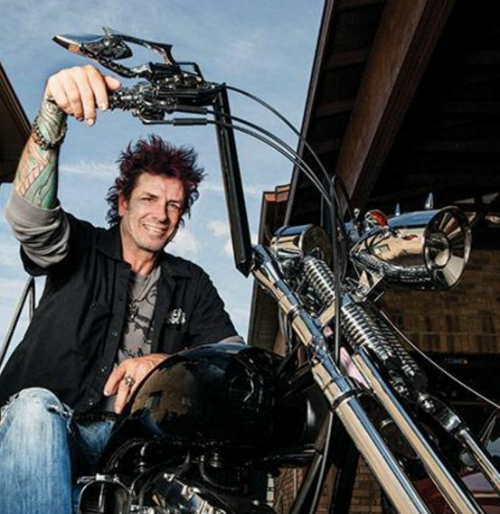 ‘Big Brother 18’ spoilers reveal that legendary houseguest Evel Dick Donato is back and offering advice for BB 18 players. Evel Dick was loved, feared and, most of all, respected in the house.

Recently, Dick took to Twitter to offer BB18 houseguests advice on how to survive three months in confinement in the CBS house. If you don’t remember, Dick Donato won Season 8 and played again in Season 13.

Donato was medically removed from Season 13 in the first week after learning he was HIV positive. He was known in BB 8 for playing his own game and voting strategically rather than emotionally. He won his season with a 5-2 vote.

Donato’s advice to the new “Big Brother 18” houseguests was a series of rules that he claims helped him when he played (and won) the game ten seasons ago. First, he stated they should get out the “socially awkward geek.”

In the past five years, nerd players have done well so Dick tweeted, “evict them!!” Dick Donato went on to say not to plan to get in a showmance tweeting, “DON’T EVER give up your game for someone else… They will forget you 5 min after the show is over.”

If you want a showmance, go on a dating site. “Big Brother” is a game show and, if you win, you will have $500k to buy all the sex/romance you want. Stick to your gameplay and don’t worry about getting any action in the house. Good advice, Dick!

Dick explained that he hoped the new houseguests will play the game and not get sucked into another houseguest’s hidden agenda. The past few season, many HGs have not been great at gameplay and failed to make big bold moves.

“Watch what you say in the house. There are haters watching you that can (and will) try to get you fired from your job, etc.,” Dick explained in one of his series of BB HG advice tweets.

Evel Dick ended his series of Tweets by advising the future BB18 houseguests to “Watch old seasons and LEARN what works.” Know what to expect, and how to react to certain twists.

Dick also added that he wanted to see each person play their own game, and not his, Dr. Will Kirby, or any other legendary player. His advice seems to be solid, and could help someone who may be nervous about their gameplay (and who wouldn’t be)?

After all, entering the house, appearing on television in front of millions of viewers each day (between the live feeds and broadcast episodes), and letting America see you at your worst has to be nerve wracking.

Seems like BB 18 HGs would do well to take Evel Dick’s advice – he did win, after all!

Stick with CDL for all your BB 18 coverage all summer long and come back starting June 22 for LIVE recaps of each new episode and come to CDL for all the latest ‘Big Brother 18’ spoilers and news.