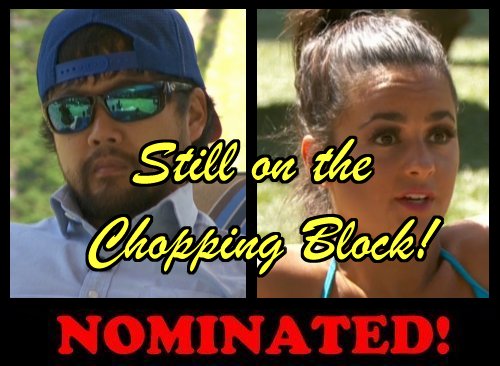 New Big Brother 18 spoilers from the Live Feeds reveal the Veto Meeting has happened and Corey chose not to use his BB18 Power of Veto. That leaves Natalie and James on the Chopping Block and their showmance on the rocks.

James seemed ready to give up his game so Natalie could play on, but now that he’s found out she’s been smack talking him behind his back, he’s fighting back a little, but not a lot. Natalie is also seems to be gearing up to dump him.

Natalie went to Victor and Paul after HoH Victor made noms and said that James pushed her to evict Victor because of the deal he made with Nicole and Corey. Natalie also told James that it’s his fault they are where they are. 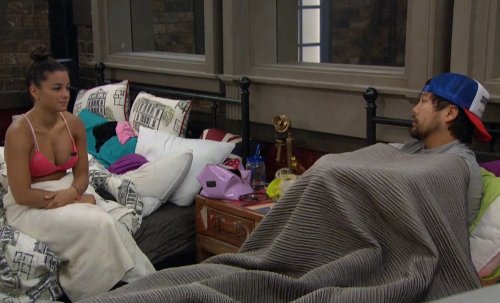 Already, Nicole and Corey were hoping to evict Natalie in Week 11 rather than James but Paul and Victor had their eyes on James. However, the worm is turning and now Paul and Victor seem to be on board with ousting Natalie.

Natalie also threatened James if he went to Nicole and Corey to talk about the vote and seems to be pushing him deftly into the “friend zone” before one of them leaves the house despite her boo-hooing to the camera about him being her soul mate.

So we’ll head into Thursday night’s LIVE eviction with James and Natalie still on the Chopping Block with Natalie now seeming the likelier target for eviction, but James might follow in Week 12 unless the Final Four alliance fractures. 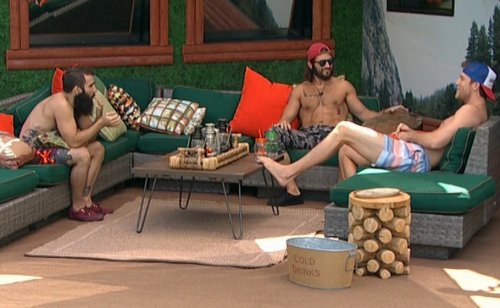 Also of  interest on recent live feeds is how much it’s becoming obvious that Victor is crushing on Nicole in a big way and right underneath Corey’s nose. What’s really funny is that Corey might not care, even if he knew.

Corey has told the guys he will not come out of BB18 in a relationship and he and Nicole have been bickering with her being increasingly needy. Nicole is ready to give up her game for Corey who sees no future between them.

It could be that the bros will turn on Nicole soon (unless she wins the next HoH) since Corey is becoming increasingly impatient with her sequestering him from the guys when he just wants to hang out and enjoy himself. 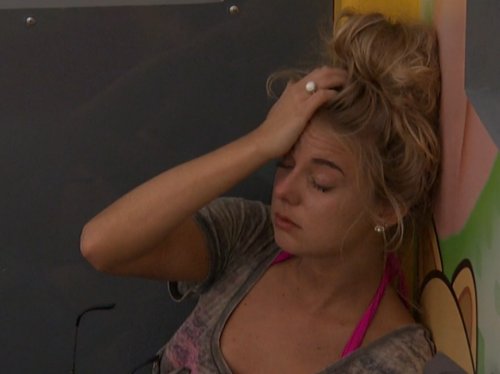 On Sunday, Nicole was crying after a fight and Corey did not like her making a scene for the cameras and other houseguests. The fight went down when Live Feeds were off, so the subject of the fight isn’t known.

Victor told Nicole while she was hanging with him and Paul, that if Corey doesn’t want to marry her, he’ll do it. Paul jokingly chimed in, but if you’ve been watching Victor, what he said seems more than a passing joke.

Also, Victor is constantly picking up Nicole and is always touching her. Considering how static clingy she’s been with Corey lately, he might be happy to have Victor take Nicole off his hands. 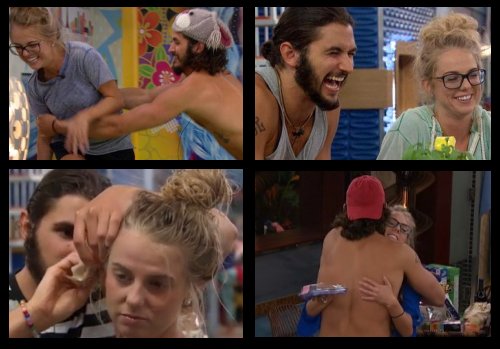