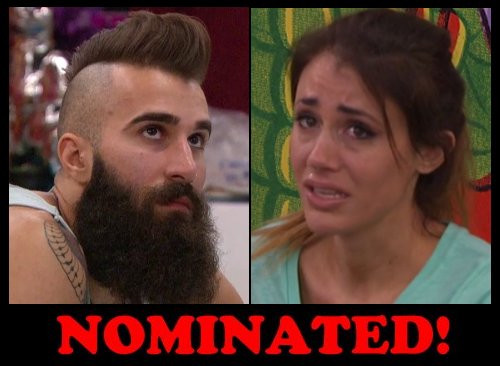 Big Brother 18 spoilers show Week 3 nominations are in and Tiffany and Paul are on the chopping block thanks to Bridgette but other forces are at work on BB18 that influenced the HoH to make these noms. Frank is pushing his #Category4 teammate to do his dirty work.

Almost as soon as Bridgette won the HoH comp after the Thursday night LIVE eviction of Victor, Frank made a move to take control – which was easy enough since Frank already has a rapport with Bridgette and her trust. So it was an easy matter for Frank to drive the noms.

Big Brother 18 spoilers from the LIVE feed show that Da’Vonne immediately started scrambling to save her butt. This is critical since Da’Vonne was openly scheming against Frank to get him out but he’s protected from nominations this week and can influence the HoH. 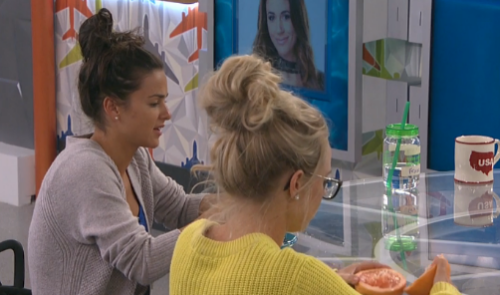 Frank told Nicole and Zakiyah straight away that he was going to encourage Bridgette to nominate Tiffany and Paul. When Frank sat down with Bridgette, she wants to leave Team James alone (aka #TeamUnicorn).

She wants to move against #TheFreakazoids or #BigSister. Frank tells her the two he thinks should be nominated and Bridgette was fine with Frank’s suggestions. Paulie came into the room and tried to make a play to get Bronte back on the chopping block.

But neither Frank nor Paulie knows about the #FatalFour alliance of girls so Bridgette refuses to put Bronte back up. Tiffany, however, is not an issue since she was cut out of the former #FatalFive because of her erratic behavior, paranoia and crying jags. 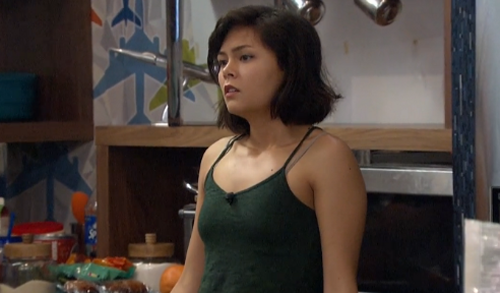 Big Brother 18 spoilers indicate that Frank wants Tiffany out of the BB18 house – which aligns with what the other vets wants. But Da’Vonne and James are worried about Frank’s ulterior motives. They hope he’s not planning to backdoor one of the vets.

Then again, their worries are based on their own plans to oust a vet – namely Frank! Nicole and Corey get a heads up on the nominations and then later, Nicole lies to Tiffany and tells her she’s safe, but it wasn’t too long before Tiffany got the bad news.

Big Brother 18 spoilers from the LIVE feeds reveal that Paulie and Corey suspect that Frank threw the HoH competition to Bridgette because he felt like he could get her to do what he wants without getting any blood on his hands. If true, it was clever. 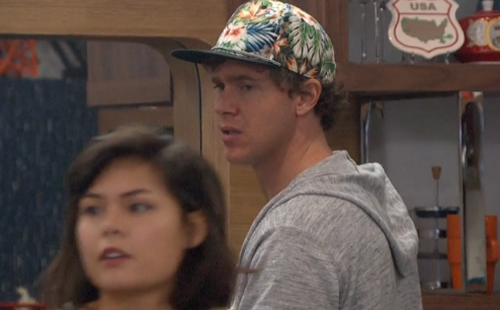 The bottom line is that Frank is safe from nominations and pulling strings for the Week 3 eviction but houseguests, both vets and newbies, are eyeing him for a Week 4 nomination and eviction if he can’t keep himself off the block.

What do you think BB18 fans? Are you happy to see Paul and Tiffany back on the block? Do you think Bridgette and Frank will be able to get Tiffany out this week? Has Tiffany played too much like Vanessa too stay in the house?