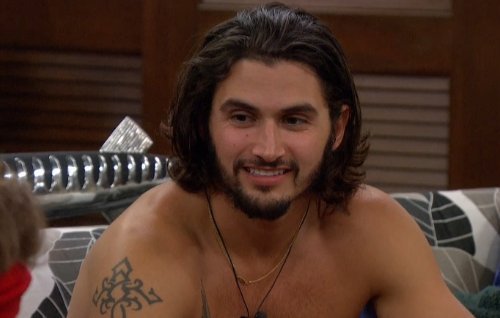 Hot Big Brother 18 spoilers from the Live Feeds reveal that the Week 8 PoV winner was Victor who dominated the Zingbot for President comp. Paulie was disappointed to lose but then immediately went to Paul and James to tell him a deal he was going to offer to Victor.

In addition to HoH Victor and nominees Corey and Paulie, all but two houseguests’ names were drawn to play in the PoV comp. Michelle and Natalie did not play in the comp – Nicole, James and Paul also played alongside the other three.

When the houseguests came into the house after the PoV, it was obvious that returned from evicted houseguest and comp beast Victor won yet another PoV. But Paulie wasn’t done scrambling yet. Paulie told James and Paul that he doesn’t want to campaign against Corey.

Paulie said he knows he’s going home but just wants to make things right for Corey. However, this could be the truth OR a scam. Before the PoV comp, Paulie was crying in the bathroom to Corey about how if he won the PoV, he was going to use it to pull down Corey. 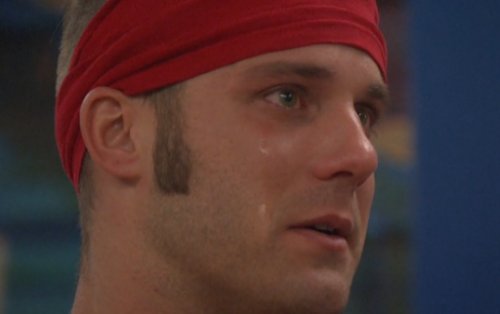 Flash forward to this afternoon after Victor won the PoV and Paulie is upstairs in the HoH room making a case to Victor who heard him out but gave no sign that he would consider doing what Paulie asked. Paulie told Victor that he wants him to pull Corey off the Chopping Block.

Paulie asked him to pull down Corey and renom someone else so that Paulie can campaign to try and stay in the house. Paulie says he doesn’t want to campaign against Corey or any of the guys in the house since they had an alliance.

When Paulie came downstairs, Nicole asked if Victor went for the suggestion. This made it obvious that he had told Nicole and Corey what he was going to try and do. But with Nicole ineligible as renom because of Super Safety, why would Victor put anyone else on the block?

Putting someone else on the block puts that person at risk when Victor can take out a strong player like Paulie or Corey. Realistically, if Paulie wants to really play BB18, he needs to man up and try and take out Corey. He’s wimping out after all his big talk all season long… 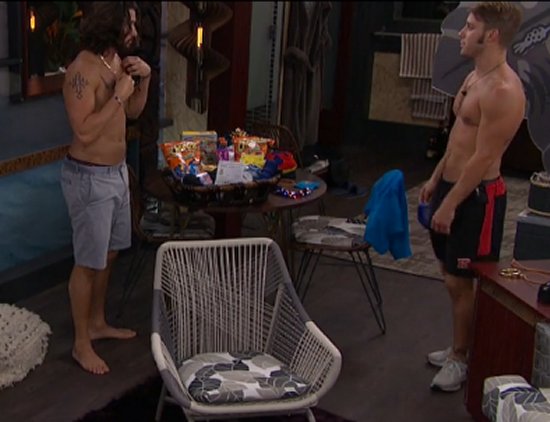 It seems very unlikely that Victor will change the noms despite whatever shenanigan that Paulie is trying to pull. Since it will take three votes to evict in Week 8, if Paulie can get Victor to pull Corey off the block, he can count on Nicole and Corey to be two out of three votes to evict the renom.

From there, Paulie would only have to convince one other HG to vote to evict the renom instead of him. Hopefully, Victor can count to three and won’t do what Paulie is asking. Also, from the Big Brother 18 Live Feed spoilers, we learned that Big Meech and Nicole are the Week 8 Have Nots.

Nicole was potentially immune from being a Have Not, but she volunteered and so did Michelle after Paulie went whining to Victor, who got to choose the Have Nots, and asked him to not make him a Have Not in case this is his last week in the house.

In short, someone in the BB18 house needs to call the Wahmbulance for Paulie because he is not taking his nomination and losing the PoV like a man. What do you think Big Brother 18 fans? Is Paulie the walking dead? Is he sure to be evicted?