Big Brother Season 18 Spoilers: All-Stars Versus Virgins – What To Expect On BB18 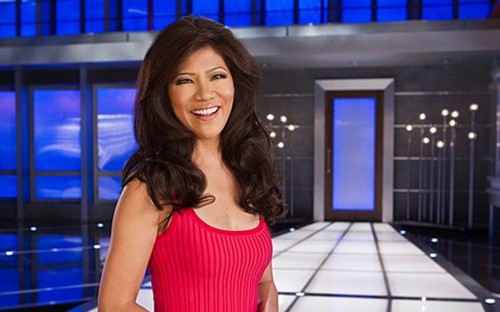 Big Brother fans, Big Brother Season 18 is a short 50 days away! Spoilers continue to talk about an All-Star show filled with past favorites. Though this is far from being confirmed, it’s becoming hard not to participate in the speculation. If this turns out to be true, who would be the must have returns!?

Looking back over past seasons, obvious choices are hard to find. Many of the fan favorites have already popped in, here and there, over the years. Who can forget Big Brother Season 14 when past guests Dan Gheesling, Janelle Pierzina, Mike ‘Boogie’ Malin, and Britney Haynes came back for an opportunity to devour…I mean coach… virgin players.

Though the feast was enjoyable, the obvious advantage the returned HouseGuests had leads many to believe this season will not be a combination or old and new guests again.

That leads to the problem of finding 16 viable BB All-Star players. It is fair to admit some of the seasons left fans less than happy (*cough-season 15- cough*). So what are producers left to do, bring back the weak players? Well… YES!

What I’m talking about is a season of revenge: Winners vs. Victims.

Remember Big Brother Season 13 when Shelly Moore suddenly turned on allies Jeff Schroeder and Jorden Lloyd, evicting Jeff at the very last minute? What about BB16 winner Derrik Levasseur and his odd relationship with Victoria Rafaeli, basically leading her on through the entire season?

Yes, much of the backstabbing and lies are to be expected with a show like Big Brother. Cast members have come to expect the vicious play; however, on rare occasions throughout the last 10 years, true backstabbing has occurred. The kind that leave fans to wonder what happened after the show.

If there is to be a season of past players, Big Brother could look back at naïve players who were gobbled up by their more focused counterparts. What could the kind hearted victims do with a second chance?

Season 14 winner left a few knives on his road to the money. If you can recall Ian Terry ended up taking the winning spot after participating in the backstabbing of Danielle Murphee, leaving her in the cold third place seat.

Also, the show/friendmance between Zack Rance and Frankie Grande left many wondering if Zack regretted his affections toward the popular social media guru.

The list of revenge seekers could continue to the brokenhearted. For example, popular guest, Jessie Godderz left a trail of ladies during his stays at the Big Brother house; including, Michelle Costa in season 10, Natalie Martinez and Lydia Tavera both in season BB11.

It seems that if an All-Star Season is in the works, we would see some of these timid players come back with a vengeance. This would certainly heat things up quicker than ever! Luckily, the wait is over Wednesday, June 22, 2016 at 8:00 ET.

In the meantime, let us know what you think in the comments below and don’t forget to check CDL for all of your Big Brother Season 18 spoilers and news!