Blac Chyna Using Dream Kardashian To Push North West Out Of The Spotlight? 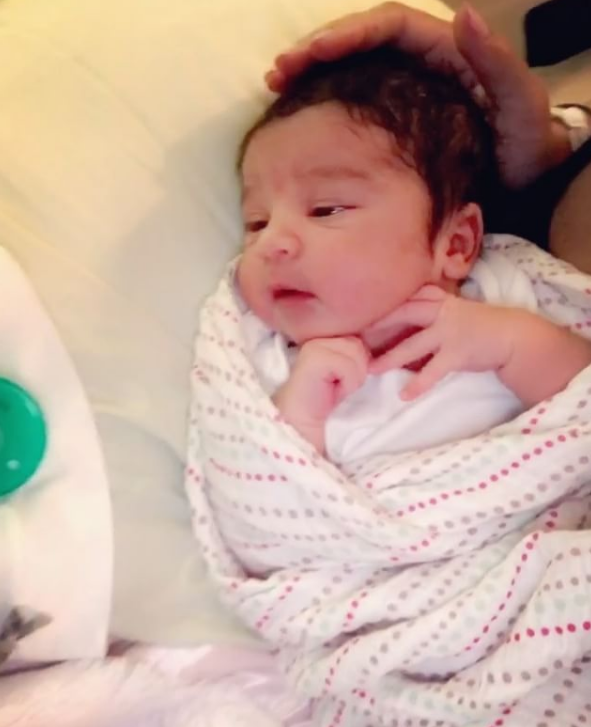 Blac Chyna is looking to use her newborn baby Dream Kardashian to push Kim Kardashian’s daughter North West out of the spotlight. In fact, Chyna – who already has a 4-year-old son named Cairo with her ex Tyga – wants to use her daughter and her famous name to get her ultimate revenge on Kim and the rest of her family.

Blac Chyna feels that whatever Kim Kardashian can do, she can do better, of course. And that’s why she is looking to make her newborn baby Dream not only a social media star, but apparently she also wants to use her to get revenge on Kim Kardashian by making her daughter a bigger star than North West. And the only way she can do it of course is by dressing her in the most expensive designer clothes and keeping her in the public eye as much as she can.

If that weren’t enough, it looks like Rob Kardashian is all for the plan as well, as he wants to use his daughter Dream to get back at his sister Kim Kardashian for treating him horribly throughout the last several years.

According to Naughty Gossip, one tipster even said, “He hates his sister and they way she shows of North West like she is a Princess. Now it is his turn to make his daughter a star and he will not stop until Dream is more famous than Kim’s kid.”

Plus, Baby Dream has something much more valuable than North West, and that’s her last name. In fact, even Kris Jenner knows that she’s better off being a Kardashian and that’s why she’s contemplated dropping her last name just so she can be better associated with her daughters.

After all, that’s mostly the reason why Blac Chyna even started her relationship with Rob Kardashian to begin with, just so she can do what she does best and that’s provoke the Kardashian family in their already long-running fued. After all, for Chyna, if she can’t beat them she might as well be one of them.

Tell us CDL readers, do you think Blac Chyna will try to use her daughter Dream Kardashian to push Kim Kardashian’s daughter North West out of the spotlight? Will Chyna do whatever it takes to make Baby Dream one of the biggest tots in the celebrity world?

Let us know your thoughts while dropping us a line in our comments section. Also, check back with CDL for all the latest news on Blac Chyna.