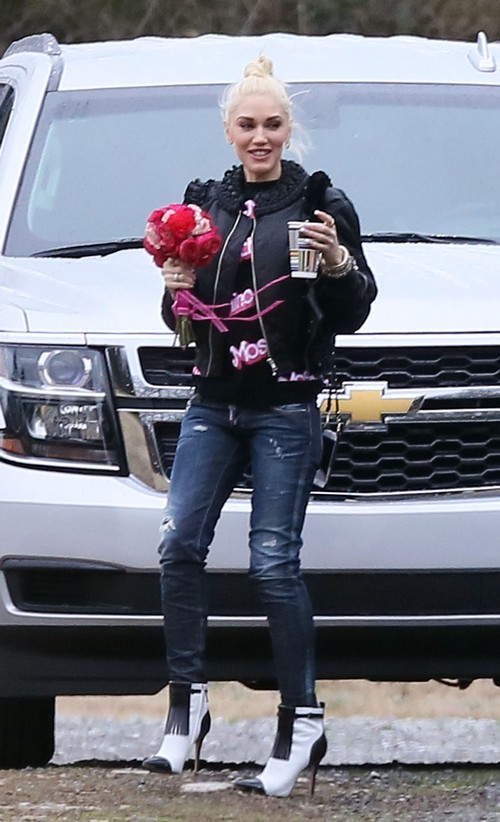 Blake Shelton is allegedly breaking the heart of his friend Christina Aguilera by putting his girlfriend, Gwen Stefani up to permanently replace Aguilera on the hit show, The Voice.

If this Star Magazine report is accurate, I don’t blame Blake Shelton. Why wouldn’t he want to keep his love by his side as much as humanly possible. So many celebrity relationships don’t last because of the solo, busy schedules that separate the couple for so much time that their relationships can’t withstand the test of the distance. Absence doesn’t always make the heart grow fonder, you know.

Blake Shelton and Gwen Stefani have been all over the headlines for their fresh relationship that now includes a baby on the way. So this new report that involves an alleged pissed off Christina Aguilera just bring more attention to the already front and center couple.

There have been conflicting reports stating that Blake Shelton simply wants Gwen Stefani to return for the upcoming season of The Voice as a mentor for his team, not take the red chair with Christina Aguilera’s name on it.

I find the latter to be more likely the real story. After all, Gwen Stefani will be working her baby bump while she preps for the arrival of the (hopefully) baby girl.

Blake Shelton and Christina Aguilera have always had a great friendship, so I can’t see them parting ways over this.

Here is a little factual information for you before I wrap this up. There have been a total of 9 seasons thus far. The upcoming season will be the 10th. Christina Aguilera has been a coach on 5 of the 9 seasons. Seasons 4 and 6 are the ones that Shakira came in as the female coach. Seasons 7 and 9 belonged to Gwen Stefani.

Are you doing the math here? At this point, Christina has been off the show almost as much as she’s been on the show. So at the end of the day, how does that lovely red chair “belong” to Christina?

If you had to pick which blonde bombshell you wanted to to see going forward on The Voice as the coach, who would you choose? Gwen Stefani or Christina Aguilera? If you are asking me, I would take Gwen Stefani everyday and twice on Sunday. That’s my girl!