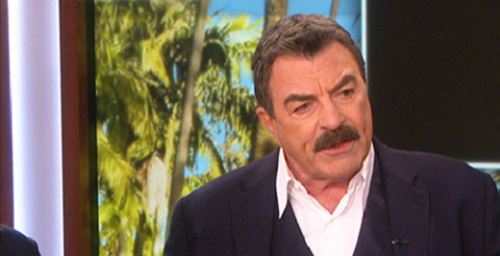 Tonight on CBS their hit drama starring Tom Selleck Blue Bloods airs with an all-new Friday, October 28, 2016, episode and we have your Blue Bloods recap below. On tonight’s Blue Blood Season 7 episode 6, Danny (Donnie ) Wahlbergand Baez (Marisa Ramirez) are suspicious of a car accident involving a pedestrian and think it may have been intentional.

Did you watch last week’s Blue Blood episode 5 where Erin and Anthony try to prevent the deportation of a prominent community activist, Coryna Garza (Judy Reyes), who was not a citizen?  If you missed it we have a full and detailed Blue Blood recap, right here!

On tonight’s Blue Bloods season 7 episode 5 as per the CBS synopsis, “As Frank contends with a whistleblower within the NYPD who claims to have evidence of abuse of power in the organization, Danny and Baez investigate the case of a woman who was struck by a car under suspicious circumstances.”

Frank had found out that there was someone in the NYPD that was a whistleblower. A whistleblower was usually someone that reported something illegal happening yet for the life of him Frank couldn’t understand why a beat cop would feel there was corruption inside of his department much less report it to the Attorney General and not to him. However, Frank had gotten the information from a trusted source. So he knew that what he heard was really happening behind his back and he had wanted to investigate it by any means necessary. Like talking to the whistleblower’s commanding officer.

Frank had been told that the whistleblower was Eric Carlson and so he had arranged a meeting with Carlson’s captain. That would of course, be off the books. Yet, Captain Gibbson later told Frank flat out that Eric was more of a nuisance than he was a cop. Gibbson had said that Eric managed to complain over everything even when he didn’t have cause, but Gibbson had also admitted that he had tried understand Eric. So he said that he had spoken with a few of Eric’s previous captains and he found out that they had all the same problem with him. They had said that Eric was too hung up on believing that everyone else was doing a bad job that he couldn’t understand sense.

So frankly it didn’t surprise Gibbson that Eric would be a whistleblower/ rat. He had pretty much had an idea that Eric would do something like that yet he had reassured Frank that he wouldn’t confront Gibbson or make movements without authorization. But a few days later, Frank found out that Gibsson had made a move because several cops went to Eric’s apartment with a warrant and they had also committed Eric to psyche ward when he told them that he had problem with the police breaking down his door. And so that had told Frank something. Frank had realized that police had wanted to commit Eric anyways because he becomes less credible that way.

Frank though wandered why the police had tried to silence Eric and so the commissioner had made another unwise move. He had gone down to the hospital and had seen Eric. However, Eric hadn’t been the least contrite about what he was doing and he had even the nerve to say that everything he did had been enough to finally get a meeting with the commissioner. So Frank had asked about that because he hadn’t known that Eric had tried to get a meeting with him for over a year yet he had wanted to know why Eric felt the need to claim that his precinct as well as two others, were somehow corrupt.

But the things that Eric allegedly had to report were not much. Eric would claim that something was illegal when that technically was not true and was considered a useful by police to gain information. So Frank and eventually Gibbson had told Eric the same thing. They had said that his job wasn’t being everyone’s friend or monitor for assumed bullying. He was a cop in 2016 and he didn’t know how many of the men that lived through the old days were trying to keep up with more and more limitations however Frank had also told Gibbson that Eric was too young to understand what they had been through and that he needed to work with Eric rather than always against him.

So it all came down to a compromise. Gibbson had to find a way to work within today’s moral views and Eric had to know what was wrong over what felt wrong. Yet, it was a thin line for both men to walk and not everyone could learn to see someone else’s. Erin could, but she was also an ADA and often all she had to do was ensure that justice was done with whatever case she was given. So that’s what Erin had tried to do for Catherine Duncan. Catherine had downloaded over two hundred images of child pornography and it turns out that she had something called the Klüver–Bucy Syndrome. That syndrome meant she no longer had impulse control and sometimes wasn’t entirely lucid. And so she didn’t know what she was doing most times when she downloaded those images.

Catherine worked around children and she had been a respected member of her community yet that had apparently changed after she had gotten a radical surgery to solve her epilepsy and several pieces of her brain were taken out. So that surgery was what caused the syndrome which led to Catherine not understanding what she was doing. But when the cops showed up at her door, she let them in and even showed them her computer because she knew that what she was done was wrong. Which was also way she pleaded guilty. And was willing to work with Erin on whatever sentence she received.

Only Erin didn’t believe that Catherine should get the maximum sentence. Erin had seen the brain scans and had also brought in a specialist that agreed Catherine didn’t know what she was doing. So that had sealed it for Erin and she had recommended that Catherine only get three years instead of six However, everyone told Erin that wouldn’t work before she had even brought that deal to a judge and they right. It didn’t work. The judge had thought Erin’s recommendation was too lenient and so he had given Catherine six years. He said that Catherine had had moments where she was lucid and did not call the cops or seek help for what she was going through. And so the judge believed that Catherine was just as guilty as any other pervert that watch kiddie porn.

Yet, Danny had managed to get justice for his victim when he found out that Rebecca Collins had been murdered because she was going to report to her boss that her boyfriend and his friend were selling drugs out of the restaurant. So all Danny had to do was get the boyfriend to roll over on his friend and the police ended up getting a confession because the boyfriend hadn’t known that Rebecca was going to do die and he had truly loved her. He had just had told his fellow bartender that he had admitted to everything to Rebecca because she had been so mad that she had threaten to report them, but he didn’t know what his very good friend would do. Or that a young Irish girl in New York for the first had died for doing the right thing.

The boyfriend had just been stupid and Rebecca had been a whistleblower whose story didn’t turn out so well.