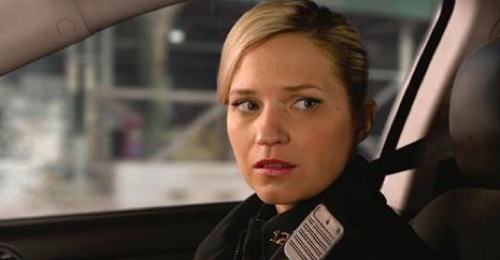 Tonight on CBS Blue Bloods continues with an all new Friday January 15, season 6 episode 12 called, “Cursed.” and we have your weekly recap below. On tonight’s episode, a mobster is killed in his car and retaliation looms, so Danny (Donnie Wahlberg) and Baez (Marisa Ramirez) question his errand boy, who was found tied up in the trunk.

On the last episode, a tell-all book was planned by Frank’s first partner, and it caused Frank concern. Meanwhile, Jamie’s and Eddie’s actions affected their professional and private lives when they responded to a call about an officer needing assistance. Did you watch the last episode? If you missed it we have you covered with a full and detailed recap right here for you.

On tonight’s episode as per the CBS synopsis, “a mobster is killed in his car and retaliation looms, so Danny and Baez question his errand boy, who was found tied up in the trunk. Elsewhere, Frank struggles to grant a cop’s request for her late father’s shield number because it was also Joe’s number.”

Blue Bloods “Cursed” airs tonight at 10:00 pm ET and we will be live blogging all the details. So don’t forget to come back and refresh your screen often for live updates. In the meantime, sound out in the comments below and tells us how much you are enjoying this sixth season of Blue Bloods.

Mobster John Vinchetti Jr had been murdered in broad daylight on tonight’s episode of “Blue Bloods” yet the only witness to the crime hadn’t wanted to cooperate with the cops.

Apparently Ronnie was John Jr’s errand boy and therefore he knows how the mob works. He was allowed to stay alive at the scene because the shooter wanted him to carry out a message and that the message was that there was going to be a war was on the horizon. So Ronnie hadn’t want to say that to the cops but they had extorted the information out of him.

They said if he didn’t cooperate and fill them in about his newest boss’s movements then they were going to tell anyone would listen that he was willing to make a deal with the cops in return for testifying against the Vinchetti family. But somewhere in between getting picked up by Sal Vinchetti and an Italian’s death – he must have forgotten to make that call to Danny and Baez. And that led to a mob war breaking out between the Vinchetti family and the Black Lotus. The Black Lotus being an Asian gang that later reported heavy fire.

So Danny and Baez had a lot on their hands with the war between the Italians and the Chinese. And he couldn’t look into Jamie’s boss even if Jamie wanted to. Renzulli you see had been the man who trained Jamie yet Jamie and Jenko had brought in a collar that Renzulli was doing his best to get rid of. Which included going behind Jamie’s back.

And that hadn’t made a lot of sense to either Jamie or his partner. They had arrested Derek Gibbs for menacing after several people in a housing complex complained about someone matching his description have robbed/ stabbing them. And after they had arrested him, they had also found a crack pot on him as well a knife. So honestly Jamie and Jenko had every right to pursue as many charges as they could.

Yet Renzulli had at first attempted to talk Jamie out of pressing charges because he said it was a bum collar. Thereby a waste of police resources. And when Jamie said he wasn’t so sure about that, Renzulli pretended that everything was fine and then had Derek released without Jamie’s knowledge.

So Jenko wanted to bring in Internal Affairs. She hadn’t been as trusting as Jamie so she wasn’t sure whether or not Renzulli was dirty. But Jamie convinced her to hold off while he checked things out. And therefore he was lucky she wasn’t there when he saw Renzulli going to meet Derek on his own.

It was later revealed that the reason Renzulli kept protecting Derek was because they had grown up together. Almost like brothers in fact until Derek’s drug problems began to get out of control. So Renzulli tends to look after his old friend and he chose to believe Derek when he said he wasn’t the guy the police were looking for.

Only Derek then went out to look for the guy the police had been confusing him with. And he pulled a toy gun when he spotted him. So the other guy pulled out his very real knife and ultimately Derek before Renzulli could do anything about it.

And as for Danny’s big war, it turns out he had been misled about the events leading to John Jr’s death. Ronnie hadn’t been a witness. He had been the murderer and the reason he had set everything in motion was because he felt he should have taken over after Sal and John Jr’s father had stepped down. So the whole war angle was merely Ronnie’s way at wiping out the Vinchetti without anyone being the wiser but he forgot there was an actual witness to the crime.

Hence Danny found out what was going on and created a trap accordingly. In which he shot Ronnie before Ronnie could kill Sal.

Meanwhile a young officer had put in a request for Joe’s badge number and Frank chose to put it to his family whether or not they were going to consent it. He said it depends on the family whether or not a retired number is returned to rotation. And he wanted to get their opinion about what to do despite the fact he hadn’t told them everything about the number. Like how its haunted.

Officer Jill Carpenter had wanted the number to honor her father who had died back in Boston. But the number she was asking for had a bad rep in New York. It seems that the 38 cops that have had that number have never retired peacefully at the end of the job. They have died on the job, have been arrested on the job, and have committed suicide on the ob. Yet no one has ever retired.

So when the family agreed to let the number go in the end, Frank and his dad decided to focus on the positive and Jill got to pay her respects to her dad. But it wasn’t long before a domestic situation got out of hand and Jill ended up getting shot on the job.

Though, funnily enough, she hadn’t been wearing her new shield number. It takes time for those to be reissued and thus Jill was wearing her old badge number when she was shot. And that might be why she survived the shooting.