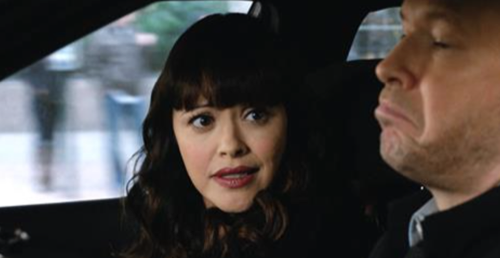 Tonight on CBS Blue Bloods continues with an all new Friday February 19, season 6 episode 15 called, “Fresh Start.” and we have your weekly recap below. On tonight’s episode, Erin’s (Bridget Moynahan) plagued with guilt after a cop is killed and the main suspect is a man she recently freed.

On the last episode, Several women admitted to murder when their boss was killed, and Danny had to pinpoint the real killer. Meanwhile, Frank and his priest clash over how to deal with a boy who’s a thief; and Nicky and her friends were arrested after drugs were found in her car. Did you watch the last episode? If you missed it we have you covered with a full and detailed recap right here for you.

On tonight’s episode as per the CBS synopsis, “Erin’s plagued with guilt after a cop is killed and the main suspect is a man she recently freed. Meanwhile, Danny and Baez try to figure out why a police officer has gone AWOL; and Frank and Mayor Poole continue playing games with Frank’s reappointment.”

Blue Bloods “Fresh Start” airs tonight at 10:00 pm ET and we will be live blogging all the details. So don’t forget to come back and refresh your screen often for live updates. While you wait for the recap, check out a sneak peek of tonight’s episode below!

Francis was a man that liked to stand on ceremony and, when it came to his position as Police Commissioner, he had one rule. He said that he served at the Mayor’s pleasure and therefore he didn’t want to hear about whether or not he still had a job from some underling. He wanted it from Mayor Poole, himself.

Though the fact his job was up in the air until such a thing happened was apparently low on the list of problems that Frank had with Mayor Poole. Especially after both Frank and Mayor had gotten word that a cop had been killed on the job. And that the cop in question had allegedly been shoot by a man freed on the Fresh Start program.

It seems there’s this program that New York City has been trying to tout called the Manhattan Fresh Start Program and it’s when the ADA chooses not to pursue certain cases that are considered to be nonviolent. And regardless of her father’s positon on the matter, Erin had used this policy in order to set Adrian Cooke free. But she honestly didn’t believe that she one day be trying Adrian for shooting and killing Officer Gibson.

Officer Gibson had been doing a routine round with his partner when according to his partner shots had come out of nowhere. Though Gibson’s partner had been able to later id Adrian as the shooter during a line-up. And Adrian had also been caught on several security cameras running from the area with a gun in his hand that he later threw into the Hudson River. So there didn’t appear to be any doubt Adrian’s guilt.

And his story about supposedly jogging that night just hadn’t made any sense. For instance, how can on go jogging in jeans, a hoodie, and work boots were ludicrous?

Therefore, the city was in an uproar and a lot of cops and one widow in particular were blaming Erin for Officer Gibson’s death however Erin believed she had done her job when she had that earlier judgment call for Adrian. Because what must be taken into account is the fact Adrian had only ever gotten in trouble with drugs and not so much dealing. And so there had never been a history of either gun or even fists involved.

But Gibson’s widow hadn’t really cared about that part. She just saw that Erin had released this man that had gone on to kill her husband. So she later went to Erin’s office and slapped the ADA in front of all of her colleagues.

And the funny thing is Adrian had been innocent of “that” crime.

The gun that had been found in the river had been matched to Adrian, but not to Gibson. So it hadn’t been the gun used to kill a police officer. Although it had been used in a robbery in the same area which of course explains why Adrian had come up with such an awful alibi.

And so Erin had later asked her friend Anthony a hypothetical question. She asked him what would he have done if he had just killed a cop and poor Anthony refused to answer because he couldn’t put himself in that sort of person’s shoes. But Erin could and she said that if she had just killed a cop then she would probably steal a car if not carjack one seeing as she would have still had the gun on her.

So Anthony then looked into a carjacking on the same night of the murder and eventually he did catch the right killer with Erin’s help.

Yet, that didn’t mean things were once again good between Frank and Mayor Poole. Both men had said things and frankly it didn’t look like as if they were ever going to be friends, but the Mayor had still asked Frank to re-up. And Frank said “yes”.

Only Frank didn’t want a ceremony to announce following his acceptance. In fact, he said he was kind of over the whole pomp and circumstance because they were both busy men. So he simply gave the mayor a piece of paper to sign and that was it.

At least for them.

However, the mayor did send Erin a bouquet of roses as an apology. You know for putting her in an awkward position regarding his policy and thankfully he hadn’t been the only to make a make amends because that widow from before had also gone back to Erin’s office. And that time, Mrs. Gibson decided to use her words and she apologized to Erin for slapping her earlier.

But it was Danny that surprised his partner on tonight’s episode of “Blue Bloods” when he decided to stick his neck out in order to get a fellow officer into rehab where he belonged.

Usually Danny only bends the rules for himself and comes down hard on other officers. Yet this time he chose to listen to Baez and she made him realize that addiction wasn’t a choice. It was a disease that shouldn’t have to result in someone losing their career and pension when they could just as easily get help.

So that’s what Danny did. He helped someone by driving them to rehab even when they didn’t know that they needed it.