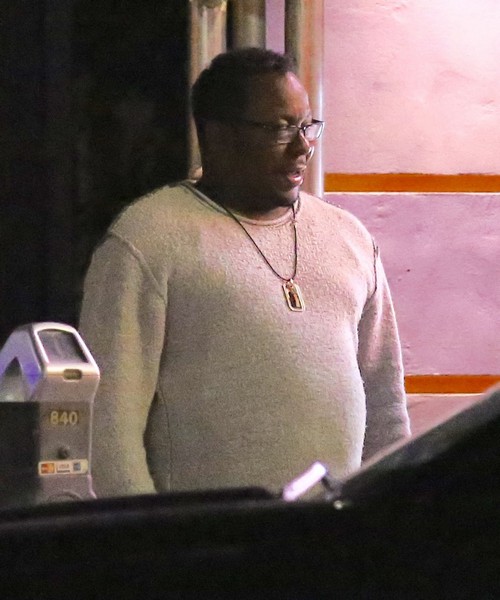 Bobby Brown has a drug relapse which puts Bobbi Kristina Brown’s father back in rehab days after the pregnancy announcement of his wife Alicia Etheredge. Although the singer and Alicia Etheredge are expecting their third child together, Brown is again in the spotlight – and not in a good way! This time it is with news of his re-admittance to a drug treatment facility.

Is it that the R&B star has yet to reconcile his emotions over the death of his 22-year-old daughter Bobbi Kristina Brown?

A confidant speaking with New York Daily News on February 25 said Bobby Brown is back in rehab and is seeking help with the cocaine and alcohol addiction that has plagued him for decades. Reports earlier in the week stated that Brown’s wife, Alicia Etheredge was pregnant which would be Brown’s seventh child.

With a new baby on the way it would have been thought that this would have been enough of a distraction to fill the crevices and cravings running through Brown. Clearly, this is not the case.

Bobby Brown has had a long history of substance abuse, particularly alcohol, cocaine and heroin. These have all led him to frequent stays in rehabilitation facilities. He has even claimed that his addiction to cocaine was spawned by his late ex-wife, Whitney Houston. If only the walls could talk! As it is, this is just his word against the dead R&B diva.

Regardless, Bobby Brown’s return to rehab is just a perpetuation of a habit that has had repeatedly deadly effects.

Is this just another drug binge? Or is this Bobby Brown’s way of marking the anniversaries for the deaths of his late ex-wife Whitney Houston and daughter Bobbi Kristina Brown? After all, both died under eerily similar and utterly tragic circumstances. Whitney was found dead in a bathtub of a Beverly Hills hotel room in February 2012.

His daughter, Bobbi Kristina Brown was also found unresponsive in the bathtub of her Georgia home in January 2015 – she later died in hospice care in July. Bobbi Kristina was also rumored to have also struggled with substance abuse problems. The disturbing coincidence is that both tragedies happened at the start of the year – have the memorials thrown Bobby Brown off the wagon?

Whatever the reason, this is just another in a long line of issues that have followed the “My Prerogative” singer. In an interview on NBC’s “Today” show in 2012, around the time of his ex-wife’s death, Brown claimed a whopping 7 years of drug and alcohol free living.

Yet, within months of Houston’s death, the singer was slapped with a drunken driving charge by the Los Angeles police. As part of his sentencing he was required to enter rehab for an 18-month program to curve his troubling tendencies.

The New York Daily News reports that his latest admittance to rehab is supposedly at the influence of his wife, Alicia. Will he finally conquer his addictions knowing he has a new child on the way?