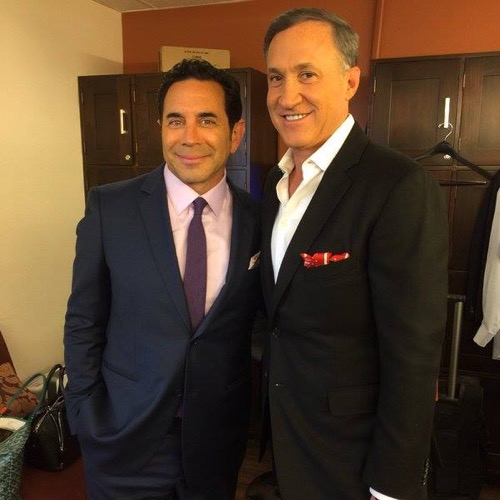 Botched continues tonight with an all new Tuesday, May 10 season 3 premiere called, “Foreign Bodies” and we’ve got your recap down below! On tonight’s episode, in the Season 3 opener, the doctors attempt to fix a botched surgery victim named Rajee whose face was injected with cement.

On the last episode in the Season 2 finale, Dr. Dubrow kept it all in the family when he performed full-body work on a pair of codependent sisters. Did you watch the episode? If you missed it we have a full and detailed recap, right here for you.

On tonight’s episode as  per the E! synopsis “in the Season 3 opener, the doctors attempt to fix a botched surgery victim named Rajee whose face was injected with cement. Also: Terry operates on a woman whose nipples are too high; and an “out-of-this world” patient insists on looking like an alien.”

Tonight is going to be another crazy episode that you won’t want to miss, so be sure to tune in for our live coverage of E!’s “Botched” tonight at 9PM EST! Meanwhile, while you wait for our recap, hit the comments and let us know how excited you are about this season 3 premiere?

Tonight’s episode of Botched kicks off with a returning patient for Dr. Dubrow and Dr. Nassif. Last season Rajee paid the doctors a visit, but they decided not to operate because they thought it was too dangerous. Years ago Rajee got black market injections in her face, and she has golf ball sized pieces of cement in her cheeks.

Apparently, Dr. Dubrow called Rajee after she appeared on Botched last year, and he told her that he and Dr. Nassif have been talking – and they think they have a plan for her surgery. Rajee heads to her consultation with Nassif and Dubrow. Dr. Dubrow is thrilled to help her, but Paul Nassif is still skeptical.

Dubrow and Nassif take Rajee in to the exam room – she has been getting steroid injections in her face to redue swelling so that they can actually tell where the lumps of concrete are. Terry Dubrow warns Rajee that if they remove some of the masses, it could cause blood vessal damage or nerve damage. Terry wants to start with just one piece at a time, it could take several surgeries.

The next potential patient to pay Dr. Dubrow and Dr. Nassif a visit is Vinny – and he wants to be the “perfect alien.” Vinny was harassed and bullied as a child, and he started idolizing goth alien celebs like Jeffrey Star. Vinny already has a nose job, but when he woke up he still wasn’t happy.

Melissa is also visiting Dubrow and Nassif today, she calls herself the “Nip Slip Queen.” Melissa was always flat-chested, but then her senior year of high-school, she developed DD breasts. Melissa’s mom took her to get a boob reduction. But, the doctor botched it and her nipples are too high on her chest. Melissa asked the doctor to fix it – but he said that it was too difficult, and couldn’t be done.

Dr. Dubrow and Dr Nassif meet with Melissa to see her nipples – and she wasn’t kidding, even with a bra on, her nipples are still showing. Terry explains that the only way to get the nipples lowerd would be to give her a C cup, rather than a B. She agrees to the boob job if it means that her nipples will be in the correct spot again.

Rajee had her first surgery, Terry and Paul removed one of the small pieces of cement out of her chin. She comes back in 5 days later and her chin is healing beautifully. The doctors run some tests and everything is a “go” – they are going to do another surgery and remove the golf ball size lumps from her cheeks again.

Melissa comes in for her surgery with her husband by her side, she’s still nervous about upping her cup size, but she is ready for a new chest. The doctors get to work – and after a little bit of struggle, they get the implants in and send Melissa on her way to heal.

Now, it’s time for Rajee’s second surgery – Dr. Dubrow is handling this one on his own. Before he can even get to work, there are complications and Rajee’s anesthesia starts to wear off. They get her back to sleep and Terry gets to work on the cement ball in cheek. He has to use a bone saw to cut out the cement balls, and he has to do it all without damaging the nerves or muscle tissue. After hours of work, Dubrow finally has all of the cement out of Rajee’s face and he sends her on her way to heal.

Vinny comes in to meet with Terry and Paul – he explains that he is an alien, and likes to look like “galaxy realness.” Vinny explains that he wants his nose to be straightened, and he wants the bridge wider, and the tip smaller. Dr. Nassif has Vinny step in to the exam room so he can check out his nose. Nassif says that they can put a piece of cartilage in his nose to make breathing easier – but Vinny whines that he wants it to look more like an alien nose. Dr. Nassif isn’t having it, there won’t be any “Galaxy Realness” for Vinny’s nose today.

IT’s time for Melissas check-in after her surgery, Dr. Dubrow takes off her bandages and Melissa starts crying. She’s upset because her boobs are so big. Dr. Dubrow reassures her that the swelling will go down and they won’t appear that large afterwards. A few weeks later, Melissa is all healed and she is thrilled with the results. She decides to celebrate by wearing a low-cut shirt and surprising her husband, she wants to go dancing now that she doesn’t have to worry about her nipples popping out of her shirt.

Tonight’s episode ends with Dr. Dubrow meeting up with Rajee for the first time since her surgery. He has dinner with Rajee’s mom Sandra and some of her close friends and family. Rajee arrives and makes her big post-surgery debut. Rajee gives an emotional speech thanking her mom and Dr. Dubrow and Dr. Nassif for everything that they have done for her – she can’t wait to embark in her new life with her new face and new confidence.