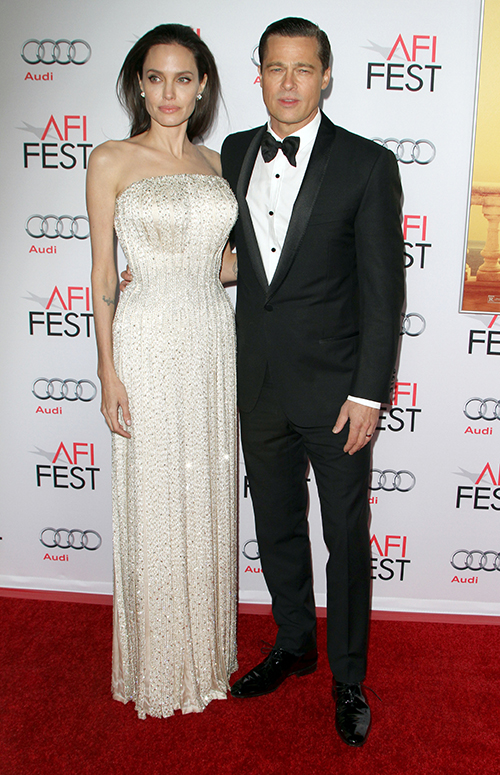 It looks as though the real reason behind Brad Pitt and Angelina Jolie’s divorce has been revealed. There’s a new report that says Brad is absolutely tired of his soon-to-be ex-wife Angelina and her lax parenting rules, as their six children are so out of control that their nannies and tutors can’t even handle them anymore.

According to Naughty Gossip, things are so bad that Brad supposedly thinks that his wife is completely damaging their children by not giving them the proper discipline and stability. Not only are they unruly, but they are allegedly so disrespectful that they use expletive language in front of adults everywhere they go.

One source close to the situation said, “They’re unruly and unmanageable ….. They’re openly defiant when it comes to nannies and tutors. They also talk back and swear like sailors, which makes Brad furious.”

If that weren’t enough, Angelina Jolie apparently has no problem with her children’s cursing, as she thinks it’s their way of ‘expressing themselves.’

While no one knows what’s really going on behind closed doors with the Jolie-Pitt kids except of course Brad Pitt and Angelina Jolie themselves, one thing is for certain: the ex-couple’s differing views on parenting has most definitely caused plenty of friction in their marriage. Brad grew up in a strict and religious but loving household with his parents and family in Missouri while Angelina’s own two parents did nothing to combat her rebellious side when she was growing up in the opulent and excessive Hollywood spotlight.

Clearly, Angelina never had an idea of what a normal childhood. She is so out-of-touch with reality that she even has a hard time connecting with anyone outside of her own realm, including Brad’s family in Missouri.

Instead of giving her kids a proper foundation and stable childhood, she’s dragging them all over the world and allowing them to ultimately make decisions for themselves, regardless of whether or not they’re right. That’s why even Brad’s Hollywood friends like George Clooney have even distanced themselves from his family, as his kids are so out of control that they have even reportedly caused complete havoc in the actor’s Lake Como, Italy home. It wouldn’t be surprising if the Jolie-Pitt kids grew up to be just like their mother Angelina Jolie, and perhaps that’s what Brad Pitt is afraid of the most.

Tell us CDL readers, what do you think? Let us know in the comments section below and of course, don’t forget to check back with CDL for all the latest news and buzz on Brangelina’s divorce right here.