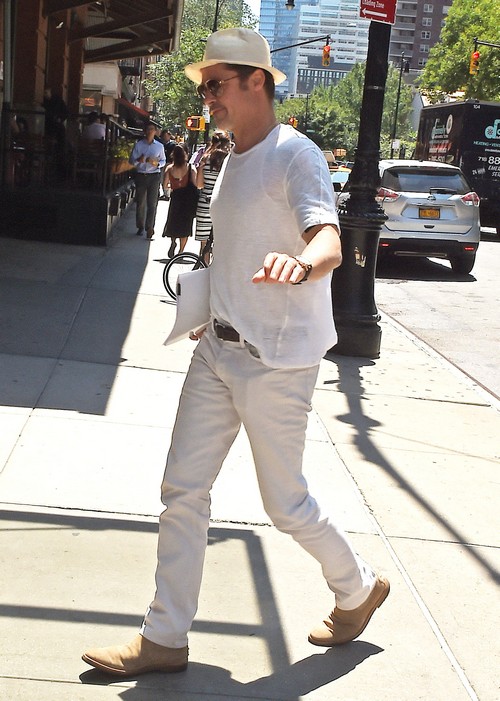 Brad Pitt is in desperate need of a friend, but unfortunately the actor has no one to reach out to these days because of his bitter ex-wife, Angelina Jolie. In fact, there’s speculation that Brad’s circle of friends have abandoned him simply because they couldn’t stand being around cold and distant Angelina.

If that weren’t enough, Angelina Jolie might also be the reason why Brad Pitt is no longer close with his extended family from Missouri anymore. The Hollywood actress – who is considered one of the most beautiful women in the world – simply couldn’t stand traveling to Missouri to visit her husband’s family simply because she had nothing in common with their Midwestern values, which Angelina no doubt found to be backwards and painfully dull.

Now that the couple are divorcing, Brad is having a hard time reconnecting to his family and friends from his past, all because Angelina erased everyone from the actor’s life. 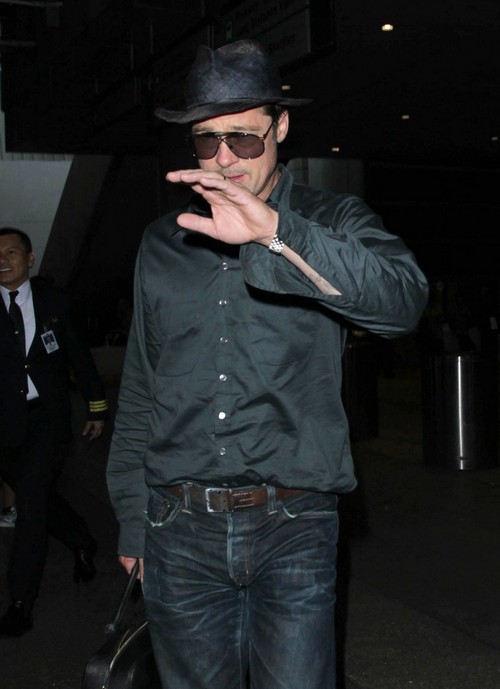 Of course, it wouldn’t be surprising if Angelina Jolie was the one who made Brad Pitt severe his ties from all of his Hollywood friends. During his marriage to Jennifer Aniston, the actor rubbed elbows with the industry’s elite, with the couple always hosting parties with their friends George Clooney, Sting and his wife Trudie Styler, Melissa Etheridge along with Jennifer’s tight-knit cast from ‘Friends.’

Brad might have once called his marriage to Jennifer ‘dull,’ but in reality he was in his prime. Ever since he began his relationship with Angelina, it was the actress who pulled all the strings from behind closed doors, dragging their kids from one country to the next and always running away from something, whether it was Hollywood, or her fear of everyday boredom and never giving their kids the stability they desperately need.

With no friend and no family and even no trusted confidants nearby, Brad eventually turned to other vices according to reports, which in turn led to his alleged alcohol and substance abuse problems. And because Angelina Jolie is too self-centered to have seen it, his problems eventually forced Brad into a downward spiral that he simply couldn’t reverse. 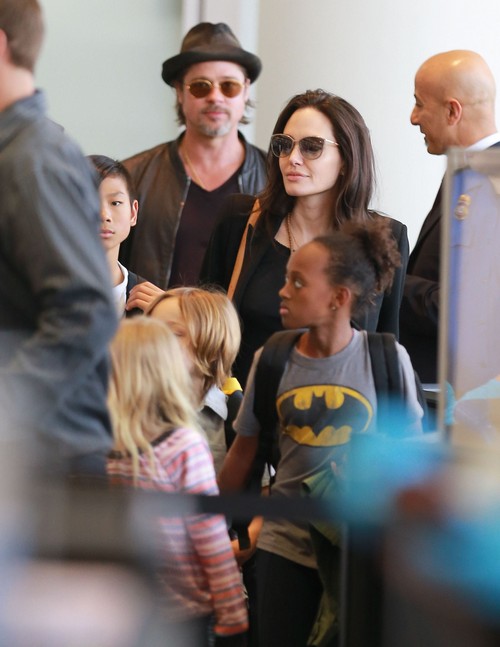 Now that Brad Pitt is single and in desperate need of support, no one is giving him the help he needs. All of his old buddies, including George Clooney, have distanced themselves from the actor because of cold and unlikable Angelina Jolie. This of course leaves Brad no choice but to start his life from the bottom up,

“I never like being touched, ever. People used to say I held my breath when they were hugging me. I still do.” – Angelina Jolie

“I think I should learn French and be a better cook – basic, really good life stuff.” – Angelina Jolie