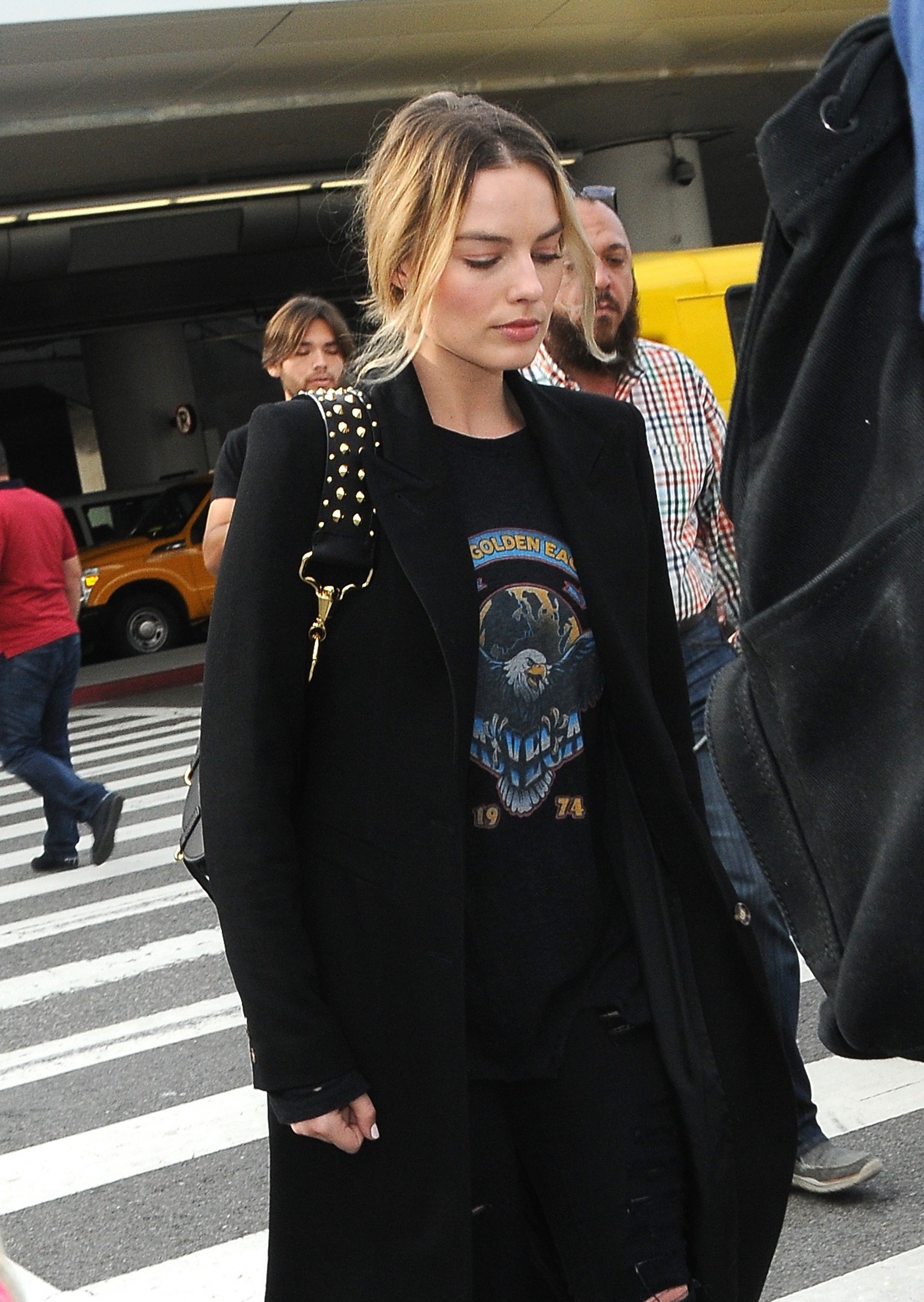 Angelina Jolie is completely outraged over news that Brad Pitt is reported to be moving on with actress Margot Robbie. In fact, reports indicate that Brad is so desperate to date the blonde bombshell that he’s already planning on making a move on her, fueling even more fire between him and his soon-to-be ex-wife, Angelina.

According to OK! Magazine, Brad has been telling his close friends that Margot Robbie is his ‘type of woman’ and that he plans to ‘go after her with a passion.’ The report says that Brad not only hates being single, but that he wants to make a move on Margot fast, who right now is considered one of the hottest actresses in the industry.

It’s without a doubt that Angelina would be absolutely livid if Brad does indeed step out in public with Margot. Knowing how much younger and hotter Margot is, she’ll be seething with jealousy knowing that her ex-husband has moved on with someone like her. It wouldn’t be surprising for critics if Angelina’s team would plant even more nasty reports about Brad Pitt in the media in revenge.

If there’s one person who definitely knows how to manipulate the media, it’s definitely Angelina. Sources even say that Angelina Jolie apparently even blocked Brad from working with Margot in the past. Angelina allegedly suspected that Brad had a thing for Margot as he tried several times to sign up for projects that she was supposedly starring in.

So far neither Brad Pitt nor Margot Robbie have made any comments about the report and the two have not been photographed in public, either. Then again, should Brad even be moving this quickly? That’s what fans are wondering as his divorce with Angelina will get even nastier if he does end up with a sexy blonde like Margot.

By dating Margot, Brad will do nothing but make Angelina more jealous and vindictive than she already is. It’s not enough that she’s already making their custody battle hell for Brad, but she will use every excuse in the book to keep their six children away from him. If Brad knows what’s best, he’ll concentrate on finalizing his divorce and working out a custody plan with Angelina before going back into the dating scene.

After all, Brad Pitt has always been considered one of the sexiest men in Hollywood. He’ll have absolutely no problem finding a girlfriend and love again before Angelina Jolie does. Do you agree? Check back with CDL for all the latest news on Brangelina’s divorce.