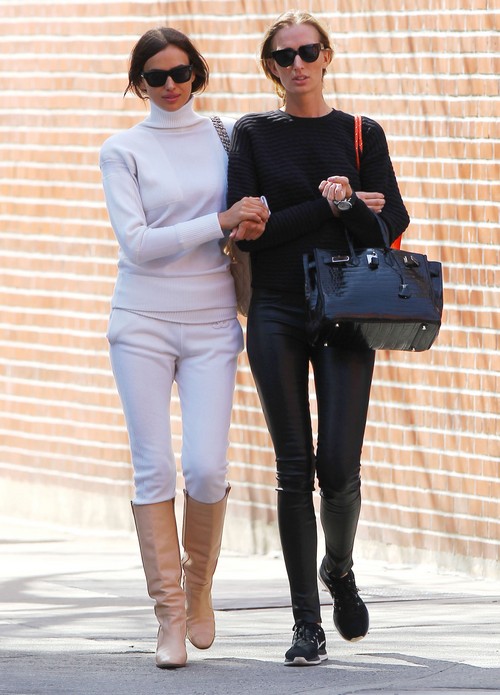 Bradley Cooper and Irina Shayk are over – the couple’s break-up came unexpectedly, just a month ago they were supposed to be moving in together. The Oscar winner and model began dating back in May 2015, their relationship became rather serious rather quickly, and various websites were reporting in

December that Irina had sold her condo and was moving in with her new beau Bradley. Now, according to the Daily Mail, Bradley and Irina are OVER – because his mother Gloria Campano said so.

Apparently, Bradley Cooper is a huge Mama’s Boy – he and Gloria spend a borderline strange amount of quality time together, and she also lives with him when he is not away filming. The Daily Mail is reporting that Bradley broke up with Irina because she and his mother couldn’t get along with each other and there were a series of issues between the two women.

So, when push came to shove and he had to choose a side – he chose his mom over his girlfriend.

You have to wonder, where was Gloria Campano when Suki Waterhouse was wreaking havoc on Bradley Cooper’s heart? Or did Gloria know that Suki and Bradley’s relationship was doomed anyways – so she didn’t feel threatened? Maybe Bradley’s mother isn’t ridiculously over-protective of him and unwilling to share him with any other woman – we could be totally off base here, it is possible that Irina Shayk really is that hard to get along with.

Either way, we feel for Irina – she sold her condo to move in with a man who has some serious mommy-issues, and now she has no boyfriend and no permanent address.

Do you guys believe that Irina Shayk is just impossible to get along with? Or is Bradley Cooper’s mother Gloria just determined to derail his relationships so that she will remain the number one woman in his life? Let us know what you think in the comments below!