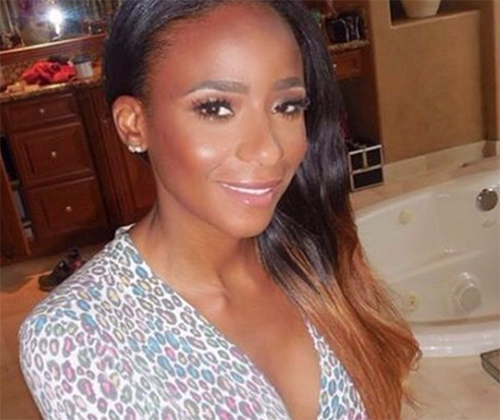 Miko Grimes, who is the wife of Brent Grimes (current cornerback for the Tampa Florida Buccaneers), went on an anti-Semitic rant recently that was targeted at Miami Dolphin’s owner Stephen Ross and Vice President of Football Operations Mike Tannenbaum.

The motivation behind her raging hate speech stems from the fact that the Miami Dolphins cut her hubby from their team. And, surprise surprise, Ross admits that part of the reason for Brent’s early departure was because of Miko’s tendency to generate controversy via social media. They didn’t want that sort of attention being drawn to their team. Seems reasonable enough to me.

Miko tweeted on July 11th, “Gotta respect ross for keeping his jew buddies employed but did he not see how tannenbaum put the jets in the dumpster w/that sanchez deal?”

Miko tried to do some damage control, during which she claimed that she did not mean to cause offense to Jewish people. She said, “Think I’m gonna tweet racist remarks in an attempt to offend TWO PEOPLE? Lmao!! Why would I? Why would I want to offend ‘Jewish’ ppl?”

She released a statement to ESPN, which reads, “When I wrote ‘jew buddies’ I was speaking about how a lot of communities (Jewish, Christian, gay, sometimes fraternities and sororities) will hire their ‘own people’ for jobs before others. That’s a fact! Why people find facts offensive is strange to me. And now im a racist? Lmao! How?”

The statement continues with the following: “If what I said is racist or anti-Semitic, why isn’t it also racist to only hire their own? America is just an easily offended, fake reacting, bunch of cry baby a– p——! Anyone that thinks I’m a racist needs to build a f—— bridge and get over it. I’m not a racist, I’m a realist.”

What do you make of Miko Grimes’ comments and her attempt at an apology? Leave your thoughts in the comments section below.