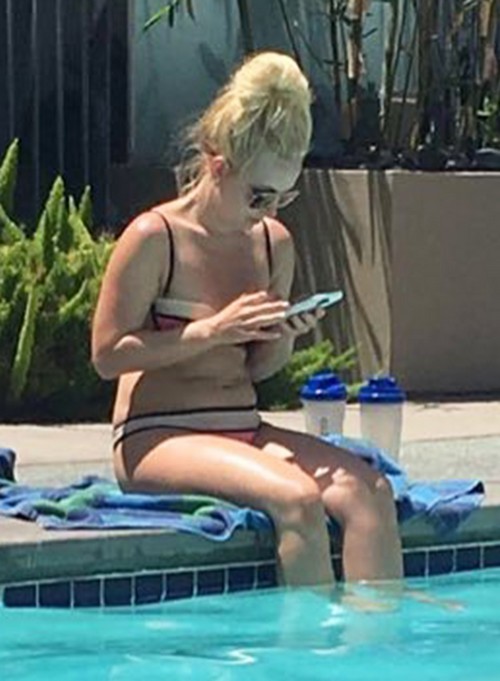 Britney Spears for The Bachelorette? Is the 90’s pop-star turned Las Vegas performed getting her own reality TV dating show? According to a new tabloid report this week, Britney Spears is trying to kill two birds with one stone, find herself a man AND get a paying TV gig.

This week’s edition of Life & Style Magazine reveals that Britney Spears has apparently been pitching her own reality TV show idea to execs and producers, and it has a Bachelorette theme and is reportedly all about the singer finding love.

An inside source dished to Life & Style that, “Britney has been begging her dad, Jamie, to do a reality show about a search for a husband. She’s a huge fan of ‘The Bachelor’ and thinks it would be super fun.”

For those of you who don’t follow her career, Britney’s dad Jamie also serves as her off and on manager and financial consultant. According to the magazine’s inside sources, Britney’s dad shot down the TV show and basically told her that it was a horrible idea.

Britney’s dad Jamie Spears reminded Britney of her 2005 reality TV show with her ex Kevin Federline, which was a ratings’ disaster.

In Britney’s defense, her last reality TV show was over a decade, and that was way before reality TV became as mainstream as it is now. If millions of people will gather around their TV’s every week an watch nobodies date a dozen guy and dump them one by one, why wouldn’t they watch Britney Spears do the same?

Besides, this would be the perfect opportunity for Britney Spears to ditch that image she has been tarnished with since her 2000’s breakdown and head-shaving fiasco.

What do you guys think? Would you watch a Britney Spears’ dating show like The Bachelorette? Could it be a hit, or turn out to be a huge flop? Share your thoughts in the comments below! Come Back to CDL for all your Bachelorette news and views!