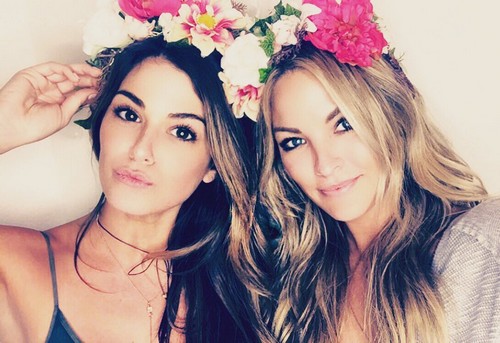 The Bachelorette 2016 Finale spoilers tease that the Season 12 finale will be a dramatic one, and Jojo Fletcher pulled a Ben Higgins and fell in love with two men. America sympathized with Jojo after Bachelor Ben Higgins seemingly “played her” and told both her and Lauren Bushnell he loved them, only to dump Jojo after the final rose ceremony and blindside her.

According to The Bachelorette 2016 spoilers, Jojo Fletcher wound up doing the same exact thing, and the Season 12 Bachelorette finale will be one for the books.

The Bachelorette 2016 spoilers in this week’s edition of Life & Style Magazine reveal that Jojo Fletcher was extremely torn between her final two guys, and couldn’t make up her mind. The tabloid’s inside sources went on to reveal that Jojo actually let both men propose marriage to her before she chose her 2016 winner.

An insder dished to Life & Style Magazine, “She was so torn between the final two guys. She kept crying and crying because she didn’t know what to do. There’s a huge twist at the end, the runner-up got down on one knee and tried to propose to JoJo, but she turned him down. It was so embarrassing for him, but she went with her gut. Even then she kept wondering if she was making a mistake.”

The source goes on to say that it’s the most “shocking Bachelorette finale in history.” Reality Steve’s Bachelorette spoilers have been teasing since before the show began that Jordan Rodgers was the 2016 winner, and Robby Hayes was the runner-up.

But, if both of the final two guys proposed, there is a small margin for error. Is it possible that Jordan Rodgers is the guy that Jojo Fletcher turned down at the last minute and Robby Hayes is the actual winner?

Let us know what you think in the comments below and don’t forget to check CDL for all of your Bachelorette 2016 spoilers and news!

Feelings are getting real and things will only get more intense for #TheBachelorette!https://t.co/chIgS40uq4