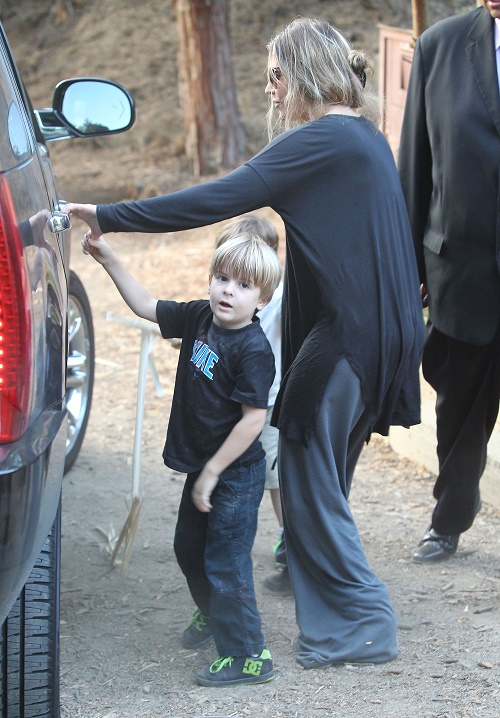 Charlie Sheen and Brooke Mueller’s two sons are now safe after it was earlier reported that the 7-year-old twins were missing. Brooke and her two sons, Bob and Max, were spotted at a car wash outside of Salt Lake City after previous reports indicated that they were earlier spotted at a bar and hotel. Social media appears to be of the opinion that Brooke Mueller having custody of children is absurd.

According to TMZ, one witness says that Brooke was spotted ‘swinging wildly’ at her children and that she was ‘high as a kite.’ Both her children were in their pajamas and with no shoes on but begged the stranger not to call the police, as they feared that law enforcement would ‘take mommy away.’

Furthermore, local law enforcement sources claim that they have spoken to Brooke Mueller by phone and feel as though her children are no longer in danger and that she didn’t commit a crime, although many critics believe Brooke’s erratic behavior led to reckless child neglect. So far, no arrests have been made and Bob and Max are still thought to be in their mother’s care.

It was earlier reported that Brooke, along with her two sons, who she absurdly has custody of, was spotted entering a Salt Lake City-area bar barefoot along with the boys’ nanny. Brooke and the nanny apparently had an altercation, which led someone to call the police. Sources say that Brooke looked disheveled and incoherent but that by the time law enforcement appeared on the scene, she, the nanny and her children disappeared before making their way to the Skyline Inn Hotel.

To make matters even worse, a hotel clerk told authorities that Brooke said three women tried to rob her. Her two sons were crying frantically and Brooke allegedly looked ‘lost.’

Charlie Sheen, for his part, has not made any additional comments since he told TMZ that he was trying to get his children home safe. Of course, this isn’t the first time Brooke Mueller’s behavior has been put in the question, as she has a long and reported history of alcohol and substance abuse.

Back in 2013, Los Angeles Department of Children and Family Services removed her sons and were temporarily placed in actress Denise Richard’s custody. Denise was previously married to Charlie Sheen from 2002 to 2006. The ex-couple share two daughters together, Sam and Eloise.

Sources say that Brooke, who is mostly based in Los Angeles, moved to Utah to seek help for her substance abuse issues at an undisclosed rehabilitation center.

Check back with CDL for all the latest news on Brooke Mueller.

Update: TMZ has reported that Brooke was taken by police into custody and placed in a psychiatric hospital for evaluation after allegedly beating her children. Brooke’s mother called the troopers on her daughter fearing for her grandchildren’s saftey – hopefully this will be the last time these children are allowed to be placed at risk. 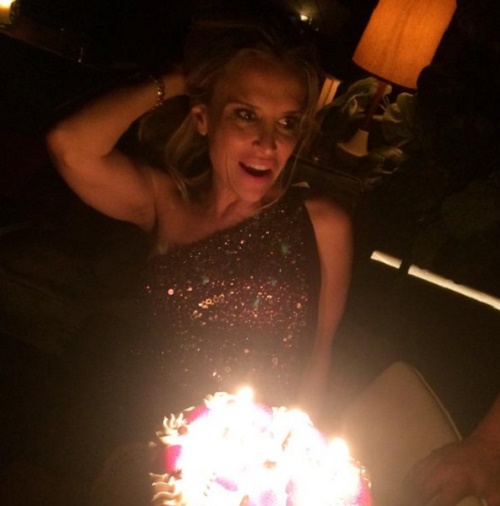