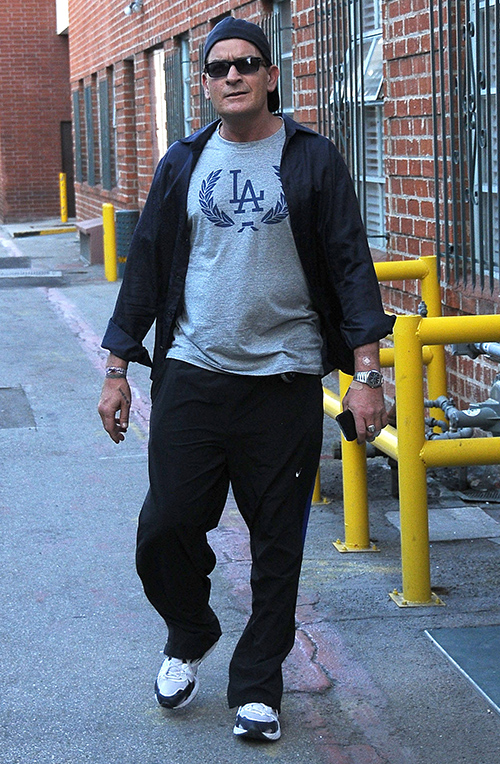 Charlie Sheen is accused of keeping his HIV status a secret while putting others at risk and it got so bad that friends claim Sheen paid as much as $10 million to angry ex-girlfriends to keep them quiet about his huge health secret too. There have been teases for a couple of weeks now that someone in Hollywood had HIV and that it would all come out soon. Apparently, that is because Sheen hasn’t been as tight lipped about his illness as Charlie probably wishes he had been now.

There are brand new reports that claim Charlie Sheen has known about his HIV status for quite some time now. There are claims that it’s been over a year since Sheen’s HIV diagnosis and it’s very likely that Sheen knew he was putting others at risk for several years now. That didn’t stop the “Anger Management” star from continuing to sleep around with plenty of women and now it’s all about to blow up in his face.

Charlie Sheen is expected to sit down with Matt Lauer on Tuesday, November 17 to talk about his HIV diagnosis. The appearance is being advertised as Charlie Sheen making a “huge personal announcement,” but we already know what Charlie plans on telling the world. Sheen is only coming out about his status now because he has no choice. Charlie can either speak for himself or those he put in harm’s way will speak out for him.

Several sources have been teasing a “blind item” rumor for weeks now that an A-list celeb has been secretly living with HIV and that it will all come out soon. Of course, no one guessed that the A-lister might be Charlie Sheen because it seemed too obvious. Drugs and hookers are extremely high risk but that never stopped Charlie from partaking.

Apparently, several of the women Charlie Sheen had sex with are really upset that he would put them at risk without even a warning. As a matter of fact, as news of Sheen’s diagnosis leaked, some of the women Charlie put at risk have struck deals with the actor to keep quiet for the right amount of cash.

A soon-to-be released report in the National Enquirer claims that Charlie Sheen’s sexual escapades have really cost him. Women who have partied with Sheen are angry that he didn’t tell them about having HIV before they jumped into bed with him, and when they confronted Charlie Sheen after the fact, he paid out big bucks to make sure no one went to the press. It has been estimated that Charlie has paid out as much as $10 million to keep his explosive HIV secret while he kept on endangering the health of more and more women.