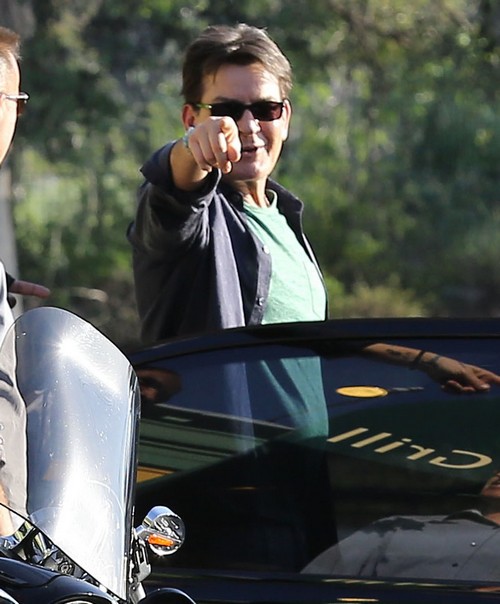 Charlie Sheen attacked Denise Richards on Twitter for Father’s Day. It may have been Father’s Day, but that did not stop controversial actor Charlie Sheen from surprising the Twitter world once again and getting into yet another heated Twitter argument. This time, unfortunately, the drama is directed towards Charlie Sheen’s ex-wife Denise Richards, who also happens to be the mother of Sheen’s two children.

On Sunday afternoon, Charlie Sheen took to Twitter and began his Twitter rant. He said, “Brooke M is a sexy rock star whom I adore. D Richards a heretic washed up piglet shame pile Happy Father’s Day!!!” These certainly sound like the thoughts of a babbling idiot and we wouldn’t be surprised if, given his long and sordid history of substance abuse, Charlie Sheen is still not clean and sober. Despite whatever issues Sheen may have with Denise Richards, she is still the mother of his children and he needs to respect her.

Of course, Charlie Sheen could not just stop there and he felt as though every thought that popped into his head must be heard by the world. Charlie Sheen went on to call Denise Richards the “worst mom alive,” and an “evil terrorist.” Charlie Sheen opted to delete his disgusting tweets, but some of his comments can be seen in an “open letter to the media,” that can still be found online.

Denise Richards decided to take the mature approach to the situation and instead of responding with hate, she proved that Charlie Sheen is truly not affecting her life, and that regardless of what he says, she is living a great life. Denise Richards tweeted and said, “Happy Dad’s Day! Charlie Sheen have a great trip in Mexico! Kids were disappointed you weren’t here for it — Hey we’ll celebrate when you are back.”

Denise Richards kept it classy all while making Charlie Sheen look like a bad father for not being there for his children. We think Denise Richards won this battle.

What do you think of Charlie Sheen’s outrageous tweets? Could Let us know in the comments below.