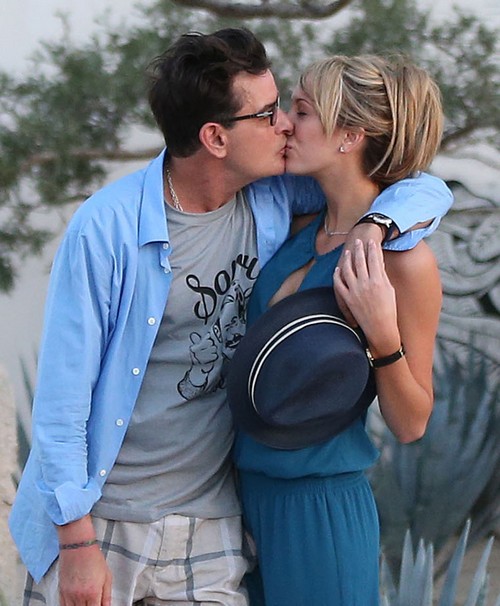 Is Charlie Sheen HIV positive? It looks like the controversial actors’ sex-capades, binge drinking, wild partying, and drug use might have caught up to him – and TMZ is reporting that Charlie Sheen is going public with his diagnosis in an exclusive interview with Matt Lauer on NBC. Sheen is set to appear on “Today” on Tuesday November 17, and NBC has been teasing that Sheen is making a “huge personal announcement.”

According to TMZ, the “huge personal announcement” Sheen is making on the talk show is that he is HIV positive and has been hiding his diagnosis for years. The website dishes, “Sheen will sit down with Matt Lauer on Tuesday morning to make the announcement. NBC touted the interview in a press release as Sheen making a “revealing personal announcement.”

Considering Charlie Sheen’s wild ways – no one is entirely shocked by the idea that he is HIV positive. What is actually concerning, is the number of women he is rumored to have been sleeping with? If he is HIV positive, did he disclose his status to his sexual partners before he slept with them? Could this be the real reason behind Charlie and his ex-wife Brooke Mueller’s meltdowns and physical fights? Could this be why Denise Richards won’t let Charlie have full access to his kids?

As of right now, no one from Charlie Sheen or NBC has commented on TMZ’s report – only further implying that it might actually be true. We will all just have to tune in to NBC’s “Today” with Matt Lauer to get the details from Charlie Sheen himself. Are you shocked that Sheen is reportedly HIV positive? Or did you see this one coming a mile away? Let us know what you think in the comments below!