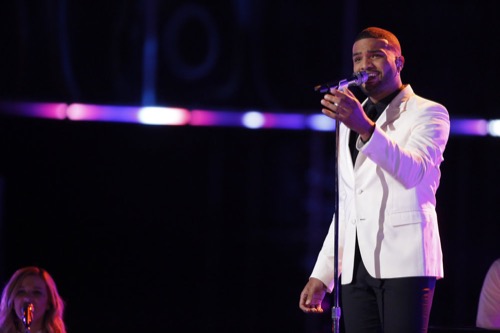 Bryan Bautista of Team Adam chose to perform live “Promise” by Romeo Santos (Partly in Spanish) this week for his Top 10 song performance.  Did you watch tonight’s show? In case you missed tonight’s show, CDL has you covered – read our full and detailed recap right here!  And if you missed any of the videos – check those out right here.

On tonight’s show, the Top Ten artists performed live for coaches Christina Aguilera, Adam Levine, Blake Shelton and Pharrell Williams for America’s votes and a chance to move to the next round. This season the competition is fierce and each of the Top 10 must sing their heart out and deliver the performances of a lifetime to win Season 10 of The Voice.

On tonight’s Top 10 episode, Bryan sang “Promise” by Romeo Santos (Partly in Spanish)  as his live performance and this is the judges’ comments about his performance:

“Pharrell says bro, come on, that was awesome. He says the Latin community must be losing their minds right now. He says he did it on this show while competing and showed so much vocal ability was awesome and says it was amazing.