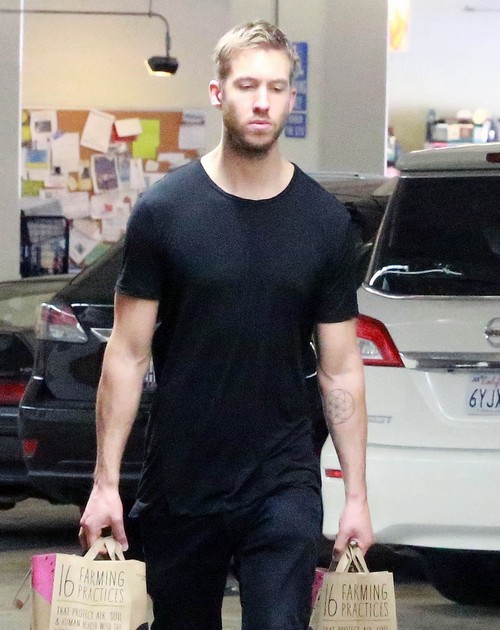 Calvin Harris was badly injured in a car accident on Friday, May 20. The singer was transported to the hospital in an ambulance. However, Calvin left the hospital against medical advice after being refused a private room. As of this posting there is no word on Taylor Swift’s response to Calvin’s accident.

Law enforcement officials say Calvin was riding in a Cadillac SUV at around 11:00 pm Friday. Teenagers in another car, reports say a VW bug, crossed over the center line and collided with the vehicle in which Calvin was a passenger.

At the scene paramedics evaluated Calvin and apparently made the decision that a laceration to face was serious enough that it required further medical attention. Calvin was then taken via ambulance to a Los Angeles area hospital.

Sources divulged to TMZ that Calvin Harris asked for a private room at the medical facility but was advised that such a room was not available. Upon hearing this Calvin left the hospital against medical advice. It is not known at this time if the cut to Calvin’s head was tended to before he exited the hospital.

At this time there is no response from Taylor Swift regarding Calvin Harris’s accident. It is not known whether Calvin Harris and Taylor Swift are still a couple as recent reports say the couple parted company. Taylor attended the Met Gala and allegedly spent the evening flirting with British actor Tom Hiddleston.

CDL will keep you updated as more information about Calvin’s accident and whether or not Calvin sought further medical treatment at another hospital emerges.

Update: Police have visited Calvin Harris’s home after the accident. Additionally, Calvin has cancelled two scheduled performances since the crash.

The police were seen at Calvin Harris’s home after a violent car accident in Los Angeles, California on May 21, 2016. Calvin was involved in an accident Friday night that required him to take an ambulance to the hospital where he then left against doctors orders when he couldn’t get a private room. FameFlynet